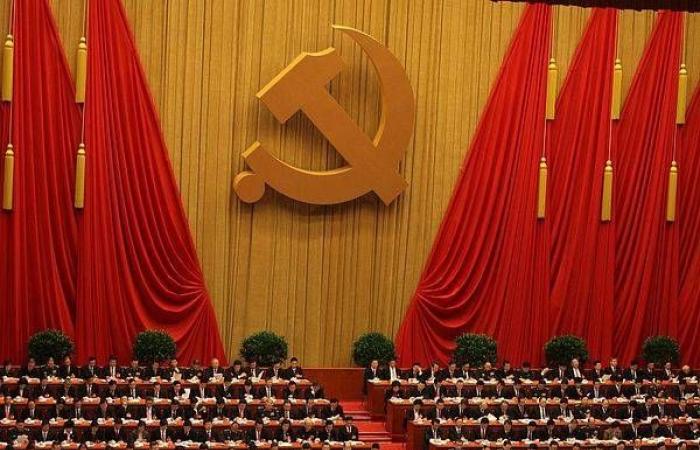 We show you our most important and recent visitors news details China's Communist Party celebrates its 100th anniversary, looks to cement its future in the following article

Hind Al Soulia - Riyadh - BRUSSELS — China's Communist Party is celebrating on Thursday its 100th anniversary with a large ceremony glossing over decades of mismanagement of the country and focussing on cementing its future.

The anniversary marks a meeting of about a dozen people in Shanghai in 1921 that is considered the first congress of the Chinese Communist Party — though it actually started in late July. The party then seized power in 1949, led by Mao Zedong, the founding leader of Communist China.

The week-long celebration focuses on two distinct eras — the early struggles and recent achievements — glossing over the nearly three decades under Mao from the 1950s to 1970s, when mostly disastrous social and economic policies left millions dead and the country impoverished.

A spectacular outdoor gala attended by President Xi Jinping in Beijing on Monday night relived the Long March of the 1930s — a retreat to Yan'an where Mao established himself as party leader — before moving on to singing men holding giant wrenches and women with bushels of wheat.

But it also focussed on the present, with representations of special forces climbing a mountain and medical workers battling COVID-19 in protective gear.

On Thursday, Xi will preside over the main ceremony in Tiananmen Square in the center of Beijing. While most details remain under wraps, authorities have said that Xi — who appears to be considering a third five-year term that would start in 2022, after the party scrapped term limits — will give an important speech. It is expected to emphasize the party's drive for what it calls "national rejuvenation".

"By linking the party to all of China’s accomplishments of the past century, and none of its failures, Xi is trying to bolster support for his vision, his right to lead the party and the party’s right to govern the country,” said Elizabeth Economy, a senior fellow at Stanford University’s Hoover Institution.

The party has long invoked its history to justify its right to rule, said Joseph Fewsmith, a professor of Chinese politics at Boston University.

Shoring up its legitimacy is critical since the party has run China single-handedly for more than 70 years — through the chaotic years under Mao, through the collapse of the Soviet Union and through the unexpected adoption of market-style reforms that over time have built an economic powerhouse, though millions remain in poverty.

And contrary to Western expectations that opening up the economy would lead to a gradual shift toward democracy — a path previously followed by South Korea and Taiwan — the Communist Party took a decisive turn against democracy when it cracked down on large-scale protests in Tiananmen Square in 1989. It then quashed any challenges to single-party rule in the ensuing decades — most recently all but extinguishing dissent in Hong Kong after anti-government protests shook the city in 2019.

Instead, China's newfound wealth gave the party the means to build a high-speed rail network and other infrastructure to modernize at home and project power abroad with a strong military and a space program that has landed on the moon and Mars. China is still a middle-income country, but its very size makes it the world's second-largest economy and puts it on a trajectory to rival the U.S. as a superpower.

The centennial is at once a benchmark to measure how far the country has come and a moment for Xi and the party to move toward their goals for 2049, which would mark the 100th year of communist rule, said Alexander Huang, a professor at Tamkang University in Taiwan. By then, Xi has said, the aim is basic prosperity for the entire population and for China to be a global leader with national strength and international influence.

“Whether they can achieve that goal is the biggest challenge for the Chinese leadership today,” he said, noting growing tensions with other countries, an aging population and a young generation that, as elsewhere, is rejecting the grueling rat race for the traditional markers of success.

The "national rejuvenation" policy also includes the campaign to bring the self-governing island of Taiwan under China's control — a move that could lead to a regional war that would likely draw in the U.S. and its allies.

I think that for Xi Jinping it is fairly important because he sees himself as the second Mao Zedong," said Willy Lam, a political commentator based in Hong Kong.

"He has assured Chinese people that he will accomplish the national reunification with Taiwan which Mao Zedong failed, and also that by the year 2035 or thereabouts, China will close the military and economic gaps with the US and become one of the world's superpowers."

The party's ability to evolve and rule for so long, albeit in part by suppressing dissent, suggests it may remain in control well into its second century. The party insists it has no intention of exporting its model to other countries, but if China continues to rise, it could well challenge the western democratic model that won the Cold War and has dominated the post-World War II era.

“We have never been so confident about our future,” Foreign Ministry spokesperson Hua Chunying told journalists on a recent trip to the party's historic sites in Yan'an. — Euronews

These were the details of the news China's Communist Party celebrates its 100th anniversary, looks to cement its future for this day. We hope that we have succeeded by giving you the full details and information. To follow all our news, you can subscribe to the alerts system or to one of our different systems to provide you with all that is new.