Several people dead due to unprecedented heatwave in Canada 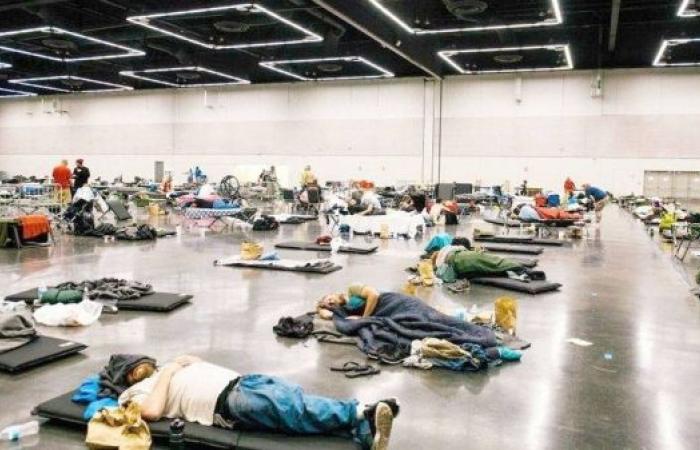 In a statement, the police said that the deaths were still under investigation and many of the deceased were believed to be seniors.

The police instructed people on how to deal with high temperatures and urged citizens to checks on their elderly relatives.

On Tuesday, Canada recorded its highest ever temperature for a third straight day — 49.5C (121F) in Lytton, British Columbia. Before this week, temperatures in Canada had never passed 45C.

Police in British Columbia have responded to almost 70 sudden deaths since Monday, the majority of them involving elderly people. They said the heatwave baking the region was a contributing factor.

“Check on your neighbours, check on family members, check on seniors you may know,” Canadian Police Cpl Mike Kalanj, who is based in the Vancouver suburb of Burnaby, said on Tuesday, according to a BBC report.

“This weather can be deadly for vulnerable members of our community, especially the elderly and those with underlying health issues,” he added. “It is imperative we check on them.”

According to the police, the heat is believed to have been a contributing factor in the deaths of 69 people in the Vancouver suburbs of Burnaby and Surrey. Most were elderly or had underlying health conditions.

In the tiny village of Lytton, resident Meghan Fandrich told the Globe & Mail it had been “almost impossible” to go outside.

“It has been intolerable,” she said, adding, that she sent her young daughter to stay with family elsewhere in British Columbia where temperatures are marginally cooler.

“We’re trying to stay indoors as much as possible. We are used to the heat, and it is a dry heat, but 30 [degrees] is a lot different from 47.”

Environment Canada has issued heat warnings for the provinces of British Columbia and Alberta, along with areas of Saskatchewan, the Northwest Territories and a section of Yukon.

“We are the second coldest country in the world and the snowiest,” said David Phillips, a senior climatologist for Environment Canada.

“We often see cold snaps and blizzards but not often do we talk about hot weather like this,” he said. “Dubai would be cooler than what we’re seeing now.”

Temperatures in the American cities of Portland and Seattle have reached the highest levels since record-keeping began in the 1940s.

Portland in Oregon hit 46.1C (115F) and Seattle 42.2C (108F), according to the US National Weather Service. The heat is intense enough to melt cables, shutting down the Portland Streetcar Service on Sunday.

One Seattle resident told the AFP news agency that the city in Washington state felt like a desert.

“Normally it’s probably like, maybe 60, 70 degrees is a great day — everybody is outside in shorts and T-shirts — but this is... ridiculous,” the resident said.

Amazon allowed members of the public into areas of its Seattle headquarters as a cooling-off location on Monday, while residents in Portland also flocked to cooling centers.

Experts say that climate change is expected to increase the frequency of extreme weather events, such as heatwaves. However, linking any single event to global warming is complicated. — Agencies

These were the details of the news Several people dead due to unprecedented heatwave in Canada for this day. We hope that we have succeeded by giving you the full details and information. To follow all our news, you can subscribe to the alerts system or to one of our different systems to provide you with all that is new.