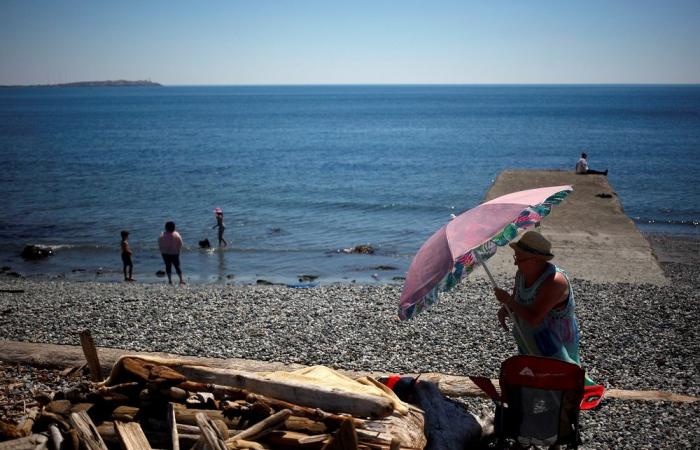 Hello and welcome to the details of Scores dead as heat wave grips Canada, US, say police and now with the details

VANCOUVER, June 30 ­— At least 69 people in Canada’s Vancouver area have died in a record-smashing heat wave engulfing the west of the country and the US Pacific Northwest, police said yesterday.

Most of the dead in the Vancouver suburbs of Burnaby and Surrey over the past 24 hours were elderly or people with underlying health conditions, the Royal Canadian Mounted Police (RCMP) said.

Other local municipalities have said they too have responded to many sudden death calls since Monday, but have yet to release tolls.

“Although still under investigation, heat is believed to be a contributing factor in the majority of the deaths,” RCMP Corporal Michael Kalanj said in a statement.

Climate change is causing record-setting temperatures to become more frequent. Globally, the decade to 2019 was the hottest recorded, and the five hottest years have all occurred within the last five years.

The scorching heat stretching from the US state of Oregon to Canada’s Arctic territories has been blamed on a high-pressure ridge trapping warm air in the region.

And forecasters were expecting the record to go again yesterday, predicting 120 F heat in western Canada.

Temperatures in the US Pacific Northwest cities of Portland, Oregon and Seattle, Washington reached levels not seen since record-keeping began in the 1940s: 115 degrees Fahrenheit in Portland and 108 in Seattle, according to the National Weather Service.

Vancouver on the Pacific coast has for several days recorded temperatures above 86 F (or almost 20 degrees above seasonal norms). Inland along the Fraser River delta, due to high humidity, climatologists said it felt like 111 F yesterday.

“How we get through this extraordinary time is by hanging together,” he said.

He urged “checking up on those people we know might be at risk, making sure we have cold compresses in the fridge or we’re staying in the coolest part of our homes, and making sure that we’re taking steps to get through this heatwave.”

Environment Canada has issued alerts for British Columbia, Alberta, and parts of Saskatchewan, Manitoba, Yukon and the Northwest Territories, saying the “prolonged, dangerous and historic heat wave will persist through this week.”

The heat wave has forced schools and Covid-19 vaccination centres to close in the Vancouver area, while officials set up temporary water fountains and misting stations on street corners.

Stores quickly sold out of portable air conditioners and fans, so several people without cooling at home told AFP they hunkered down in their air conditioned cars or underground parking garages at night.

Cities across the western United States and Canada opened emergency cooling centres and outreach workers handed out bottles of water and hats.

In Eugene in Oregon, organisers were forced to adjust the final day of the US Olympic track and field trials, moving afternoon events to the evening.

The extreme heat, combined with intense drought, also created the perfect conditions for several fires to break out over the weekend, and one blaze on the California-Oregon border had already burned some 600 hectares (1,500 acres) by Monday morning.

“Dubai would be cooler than what we’re seeing now,” David Phillips, a senior climatologist for Environment Canada, told AFP on Monday. — AFP

These were the details of the news Scores dead as heat wave grips Canada, US, say police for this day. We hope that we have succeeded by giving you the full details and information. To follow all our news, you can subscribe to the alerts system or to one of our different systems to provide you with all that is new.