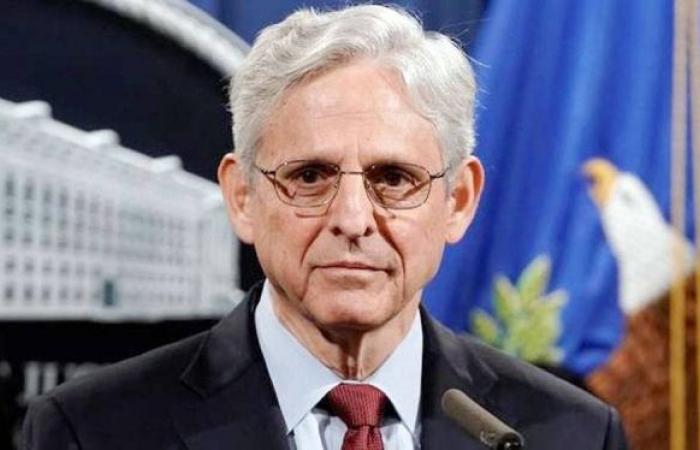 Hind Al Soulia - Riyadh - WASHINGTON — It was a bad week for the Big Lie — former President Donald Trump and his allies' false claims that widespread fraud is to blame for his 2020 election loss.

In one battleground state, Republican senators issued a report that eviscerated Trump's lies about voter fraud. In another, a judge undercut Trump's supporters' hopes to examine nearly 150,000 mail-in ballots. And one of Trump's closest allies, Rudy Giuliani, was suspended from practicing law in New York.

Trump and his conspiracy-minded supporters have eagerly been anticipating the conclusion of the problem-plagued audit of Maricopa County's results in Arizona, but regardless of its final report, it will have no impact on the 2020 election results, as the election was already certified.

Trump repeated his election lies at a rally in Ohio Saturday night, but last week's blows underscored the reality that their options to continue contesting the 2020 election are narrowing.

In Michigan, the Republican-led state Senate Oversight Committee said in a report released Wednesday that there was "no evidence of widespread or systematic fraud" in the state's 2020 election. The report included a stinging condemnation of the lies about voter fraud pushed by Trump and his supporters.

"Our clear finding is that citizens should be confident the results represent the true results of the ballots cast by the people of Michigan," the committee, chaired by Republican state Sen. Ed McBroom, said in its report. "The Committee strongly recommends citizens use a critical eye and ear toward those who have pushed demonstrably false theories for their own personal gain."

Then, in Georgia on Thursday, a judge dismissed most of a lawsuit that claimed fraudulent mail-in ballots had been cast in Fulton County, the state's largest county, in last year's election — a blow to the pro-Trump plaintiffs' bid to conduct an in-person examination of nearly 150,000 mail-in ballots with high-powered microscopes.

The judge dismissed seven of the lawsuit's nine claims against Fulton County officials, only allowing the plaintiffs' request for digital images of the ballots under the state's open records law to move forward. Biden won the state by 12,000 votes, and Georgia officials have already audited the 2020 results three times, including a hand recount.

"Last year, I told President Trump and others who push the Big Lie to 'put up or shut up.' It's been six months and no proof of wrongdoing has been produced. Enough is enough — this whole circus must end," Robb Pitts, the chairman of the Fulton County Board of Commissioners, said in a statement.

In a ruling released following disciplinary proceedings, the court concluded that "there is uncontroverted evidence" that Giuliani, the former Manhattan US attorney, "communicated demonstrably false and misleading statements to courts, lawmakers and the public at large in his capacity as lawyer for former President Donald J. Trump and the Trump campaign in connection with Trump's failed effort at reelection in 2020."

Giuliani's "conduct immediately threatens the public interest and warrants interim suspension from the practice of law," the court wrote.

Trump has railed against the actions that challenge his lies about the 2020 election. He attacked his political opponents on Saturday in front of an Ohio crowd that chanted "Trump won" and issued statements last week riven with more falsehoods.

Targeting Michigan's McBroom and state Senate Republican leader Mike Shirkey, he included both senators' phone numbers in a statement that said: "Call those two Senators now and get them to do the right thing, or vote them the hell out of office!"

In another statement, he complained about the Justice Department's Georgia lawsuit: "Actually, it should be the other way around! The PEOPLE of Georgia should SUE the State, and their elected officials, for running a CORRUPT AND RIGGED 2020 PRESIDENTIAL ELECTION — and for trying to suppress the VOTE of the AMERICAN PEOPLE in Georgia."

Of Giuliani, he said: "Can you believe that New York wants to strip Rudy Giuliani, a great American patriot, of his law license because he has been fighting what has already been proven to be a Fraudulent Election?"

Another important moment could come when the results of the so-called audit ordered up by state Senate Republicans and conducted by Cyber Ninjas — a Florida-based company with no experience auditing elections, led by a chief executive who had advanced Trump's lies about voter fraud on social media — are released.

The Twitter account for the audit tweeted Friday night that "paper examination and counting are finished today." And the individual hand count, which looked at two races, the 2020 presidential and US Senate contest, finished days ago, according to Arizona audit spokesman Randy Pullen.

But the Arizona Senate Republicans have not stated when their report will be released. "Everybody is anxiously awaiting the result!" Trump said in a Wednesday statement.

That, though, was another falsehood. Trump's most ardent supporters are awaiting the report on the audit's findings — which is likely to be delivered first to state Senate Republicans, who would then determine how to release it.

However, experts in conducting and auditing elections and observers of Arizona's proceedings have repeatedly said that the Cyber Ninjas' methods are deeply flawed and could easily introduce errors into its final tallies.

Those problems have made the audit's findings more likely to be used as a propaganda tool by Trump's supporters than a document that is taken seriously outside the "Stop the Steal" movement — a rallying cry adopted by Trump and his supporters.

Arizona Secretary of State Katie Hobbs, a Democrat who is running for governor, has maintained a list of problems that observers on the floor of the Veterans Memorial Coliseum in Phoenix have noticed.

Among the recent updates: "insecure cybersecurity practices" used by Cyber Ninjas; misplaced ballots; and auditors writing directly on the original labels on Maricopa County's ballot boxes, which Hobbs' document notes "violates the agreements and questions the reliability and integrity of all the county records."

The legal battles and audits are only one front of the ongoing fight over the 2020 election. In Republican-led states, including Florida, Georgia and Iowa, GOP lawmakers and governors have already enacted new laws that will make voting more difficult. Republican lawmakers in Michigan, Arizona, Texas and other states are also advancing restrictive voting measures.

President Joe Biden's Justice Department said Friday it is suing the state of Georgia over its new restrictive voting law.

The state law imposes new voter identification requirements for absentee ballots, empowers state officials to take over local elections boards, limits the use of ballot drop boxes and makes it a crime to approach voters in line to give them food and water.

Republicans had cast the measure as necessary to boost confidence in elections after the 2020 election and Trump's repeated and unsubstantiated claims of fraud, but Democrats in the state have called the new law voter suppression and likened it to Jim Crow-era voting laws.

"These legislative actions occurred at a time when the Black population in Georgia continues to steadily increase and after a historic election that saw record voter turnout across the state, particularly for absentee voting, which Black voters are now more likely to use than White voters," Justice Department Civil Rights Division leader Kristen Clarke said in a news conference.

"Our complaint challenges several provisions of SB 202 on the grounds that they were adopted with the intent to deny or abridge, Black citizens, equal access to the political process."

Georgia Gov. Brian Kemp, a Republican, issued a defiant statement in response to the department's announcement, calling the lawsuit "born out of the lies and misinformation the Biden administration has pushed against Georgia's Election Integrity Act from the start."

Kemp accused the administration of "weaponizing the US Department of Justice to carry out their far-left agenda that undermines election integrity and empowers federal government overreach in our democracy." — CNN

These were the details of the news Trump's big lie about 2020 results suffers legal and political blows in key swing states for this day. We hope that we have succeeded by giving you the full details and information. To follow all our news, you can subscribe to the alerts system or to one of our different systems to provide you with all that is new.