WHO chief: Coronavirs Delta variant is 'most transmissible' identified so far 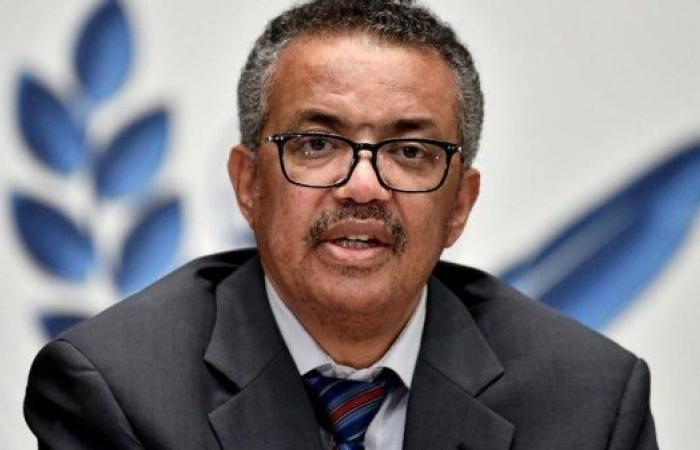 We show you our most important and recent visitors news details WHO chief: Coronavirs Delta variant is 'most transmissible' identified so far in the following article

Hind Al Soulia - Riyadh - GENEVA — Director-General of the World Health Organization (WHO) Tedros Adhanom Ghebreyesus expressed concern on Friday over the COVID-19’s Delta variant, calling it “the most transmissible of the variants identified so far.”

“As some countries ease public health and social measures, we are starting to see increases in transmission around the world,” the head of the UN health agency told journalists at a regular briefing.

A surge in cases translates to more hospitalizations, which continue to stretch healthcare workers and health systems while putting more at risk of death, according to the WHO chief.

He described a recent meeting he attended of an advisory group established to allocate vaccines.

Tedros said the global community was failing and risked repeating the mistakes made during the AIDS crisis decades ago and during the 2009 swine flu pandemic — when vaccines only arrived in poor countries after the outbreak ended.

He acknowledged that new variants are expected, saying “that’s what viruses do, they evolve” and stressed that by preventing transmission, we can stem the emergence of variants.

“It’s quite simple: more transmission, more variants. Less transmission, fewer variants,” Tedros spelled out, upholding that it is even more urgent today to prevent transmission by consistently using public health and social measures along with vaccines.

“This is why WHO has been saying for at least a year that vaccines must be distributed equitably, to protect health workers and the most vulnerable,” he said.

The WHO chief said that the Delta variant has been identified in at least 85 countries and areas “spreading rapidly among unvaccinated populations”.

Meanwhile, Maria Van Kerkhove, WHO Technical Lead on COVID-19, said, “the world situation is very fragile” and “countries must be cautious”.

Noting that Delta has proved “extremely contagious in any country it reaches”, she cautioned that it is being transmitted among unvaccinated people, “even in countries with high percentages of immunization”.

But Delta is not the only worrying mutation. According to the WHO expert, “there is a constellation of variants circulating”, including subvariants, four of which are very worrying.

“Vaccines and treatments work, but these viruses can evolve,” she said, and the existing shots “may not work” over time, emphasizing again that to minimize outbreaks, everyone must continue to maintain public health measures. — Agencies

These were the details of the news WHO chief: Coronavirs Delta variant is 'most transmissible' identified so far for this day. We hope that we have succeeded by giving you the full details and information. To follow all our news, you can subscribe to the alerts system or to one of our different systems to provide you with all that is new.