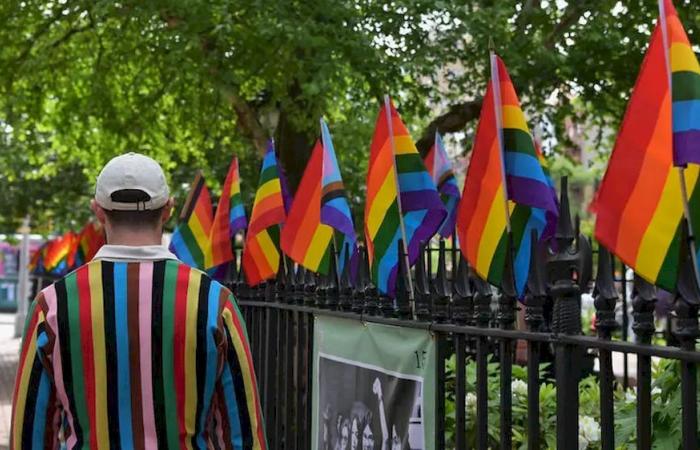 WASHINGTON, June 25 — US President Joe Biden today named advocate Jessica Stern as special envoy for LGBTQ rights, in a move aimed at increasing global awareness and acceptance of the diversity of sexual orientations and gender identities.

Currently the executive director of OutRight Action International — a group which advocates for the human rights of lesbian, gay, bisexual, transgender, queer and intersex people around the world — Stern in her new role will be attached to the State Department.

At a time when LGBTQ persons “are increasingly threatened in all regions of the world,” Stern will work with like-minded governments and civil society organisations to uphold dignity and equality for everyone, the White House said in a statement.

The special envoy will play a “vital” role in leading the implementation of Biden’s push to advance the rights of LGBTQ persons worldwide.

The appointment comes in the middle of pride month, a celebration of gay life in America that Biden will honour in remarks later today at the White House.

The president will also sign into law a bill that designates Orlando’s Pulse gay nightclub, scene of a horrific deadly attack, as a national memorial.

The June 12, 2016 rampage by a gunman who swore allegiance to the Islamic State shocked the nation and the LGBTQ community, in the middle of pride month.

The Senate unanimously passed the Pulse memorial bill earlier this month, in a rare moment of bipartisanship in Washington. — AFP

These were the details of the news Biden names special envoy for LGBTQ rights for this day. We hope that we have succeeded by giving you the full details and information. To follow all our news, you can subscribe to the alerts system or to one of our different systems to provide you with all that is new.

NEXT Ukraine, Poland slam 'insufficient' deal struck by Germany and US on Nord Stream 2