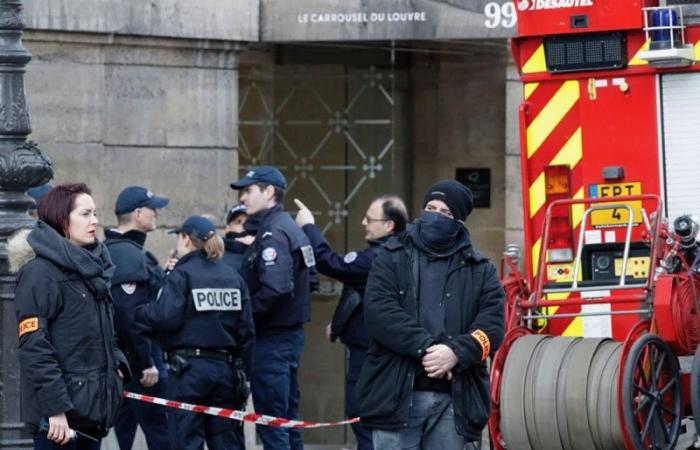 PARIS, June 25 — A French court on Thursday jailed for 30 years a man who attacked soldiers with machetes outside the world-famous Louvre museum in Paris.

Judges issued a sentence in line with anti-terror prosecutors’ demands for Egyptian citizen Abdalla El Hamahmi, 33, who did not react from behind his coronavirus mask as it was read out to him via an interpreter.

A married father who did commercial work for a Dubai-based company, Hamahmi rushed at a group of soldiers patrolling the Louvre area early on February 3 2017, armed with a machete in each hand and wearing a t-shirt with a skull motif.

Shouting “Allahu Akbar” (“God is greatest” in Arabic), he wounded one soldier on the scalp before himself being severely wounded when the patrol opened fire.

He insisted throughout the trial that he had planned to protest against French policy in Syria by destroying art masterpieces inside the Louvre museum, which houses thousands of works including Leonardo da Vinci’s Mona Lisa.

Hamahmi claimed to have been surprised to encounter soldiers, who have patrolled central Paris since a wave of Islamist terrorist attacks that killed more than 250 in France from 2015.

He said that he attacked them “as a reflex”, saying he was acting “like a robot”.

During the trial, Hamahmi attempted to deny the authenticity of a video in which he swore allegiance to the Islamic State terror group.

But he later admitted that he tried to join IS in the Middle East before turning his sights on France.

IS never claimed responsibility for his attack. — AFP

These were the details of the news France jails Louvre machete attacker for 30 years for this day. We hope that we have succeeded by giving you the full details and information. To follow all our news, you can subscribe to the alerts system or to one of our different systems to provide you with all that is new.