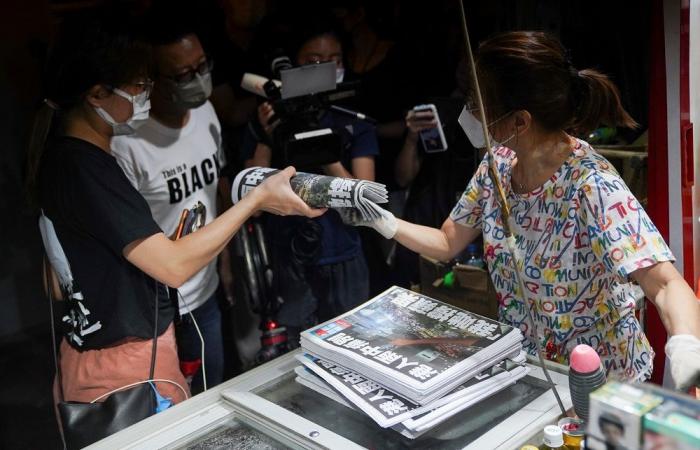 HONG KONG, June 24 ― Hong Kong residents rushed in the early hours of today to snap up copies of the final edition of pro-democracy newspaper Apple Daily, which was forced to close after 26 years after becoming the target of a national security crackdown.

Emotions ran high as supporters of the popular newspaper, which has faced an unrelenting squeeze since its owner and staunch Beijing critic, Jimmy Lai, was arrested under the national security law in August 2020, queued for their last copies just after midnight. “I couldn't sleep well for the past few nights,” said Tse, 60, a former medical worker, who leaned on a cart to support herself as she queued outside a newspaper vendor in the working class district of Mong Kok early today. “I hope the reporters can stay true to their faith and keep working hard.”

The shutdown deals the most serious blow yet to Hong Kong's media freedoms and could potentially destroy its reputation as an open and free media hub after Beijing imposed the security law on the global financial centre last year.

Critics of the law say it's being used to crush dissent in the former British colony, which authorities in Beijing and Hong Kong reject. Hong Kong and mainland officials have repeatedly said media freedoms are respected but are not absolute.

Five executives were arrested and two ― chief editor Ryan Law, 47, and Cheung Kim-hung, 59 ― were charged with conspiracy to commit collusion with a foreign country and denied bail. Yesterday, a 55-year-old columnist for the paper was also arrested under the national security law.

Authorities also froze the assets of companies related to Apple Daily, which senior executives said left it unable to operate.

Lai has emerged as one of the highest-profile targets of the new law and is facing three national security charges, including colluding with a foreign country.

He has been in detention since December, denied bail under the security law and already serving several sentences for taking part in unauthorised rallies, including during the global financial hub's mass pro-democracy protests in 2019. ― Reuters

These were the details of the news Emotions run high as Hong Kong residents snap up final edition of Apple Daily for this day. We hope that we have succeeded by giving you the full details and information. To follow all our news, you can subscribe to the alerts system or to one of our different systems to provide you with all that is new.