EU citizens get 28-day deadline to apply for UK stay 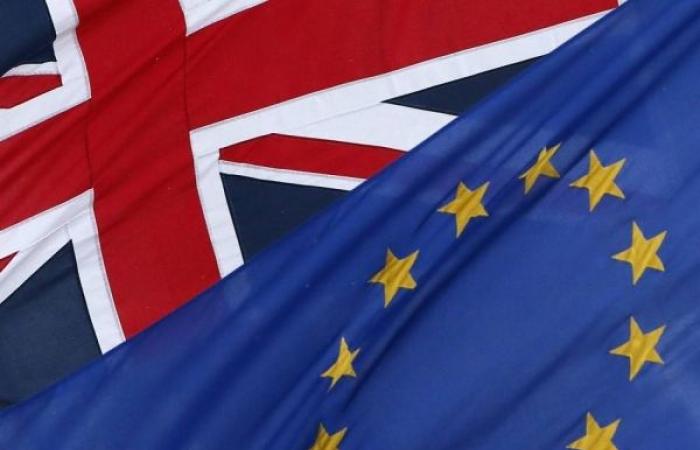 Hind Al Soulia - Riyadh - BRUSSELS — For those dreading the consequences of Brexit, it is a most unwelcome deadline: European Union citizens living in the United Kingdom have just a week left to apply for permanent residency.

Those who don’t risk eventually losing their right to live, work, and access public services in Britain.

The British government is now warning that they'll be handed a formal 28-day notice if they've failed to apply by June 30.

However, it says it's redoubling efforts to reach out to those unaware about the rule change, including vulnerable groups such as elderly people and children in care.

The UK Home Office has seen more than 5.5 million EU citizens apply for so-called settled status, and is currently struggling with a backlog of some 400,000 applications.

It says those still awaiting a decision after next week's deadline will be given proof of application to protect their right to work, rent and access healthcare over the coming months.

The campaign group The3million which supports the rights of EU citizens living in the UK has renewed an appeal to the British government in a second letter to the Home Office (interior ministry), asking for clarity on the problems people may face if they do not receive a Certificate of Application immediately after submitting an application for settled status.

It cites the Withdrawal Agreement — the legally binding treaty between the EU and the UK setting the terms of the UK's exit — which states in Article 18. 1(b) that certificates of application should be issued immediately.

British in Europe, a coalition group campaigning for British nationals living in the EU, has also renewed its warning to people living in countries imposing a June 30 deadline to apply for residency — France, Luxembourg, Latvia and Malta — that they risk losing their rights if they do not do so.

"We continue to ask for all deadlines to be delayed so no one is left behind. Losing rights is bad enough, losing them in a pandemic without info about what recourse is available is cruel," the group tweeted.

A joint EU-UK report published in April found that fewer than half of all UK nationals living in France and Malta had applied for and received a decision on their applications.

British in Europe has highlighted a tweet by Boris Johnson from the run-up to the Brexit referendum in early June 2016 in which he said: "Brexit will make no difference" to the rights of UK residents in France and elsewhere in the EU.

"Despite all the promises made to us by politicians in both the UK and the EU, our lives HAVE changed, dramatically," the group says. — Euronews

These were the details of the news EU citizens get 28-day deadline to apply for UK stay for this day. We hope that we have succeeded by giving you the full details and information. To follow all our news, you can subscribe to the alerts system or to one of our different systems to provide you with all that is new.