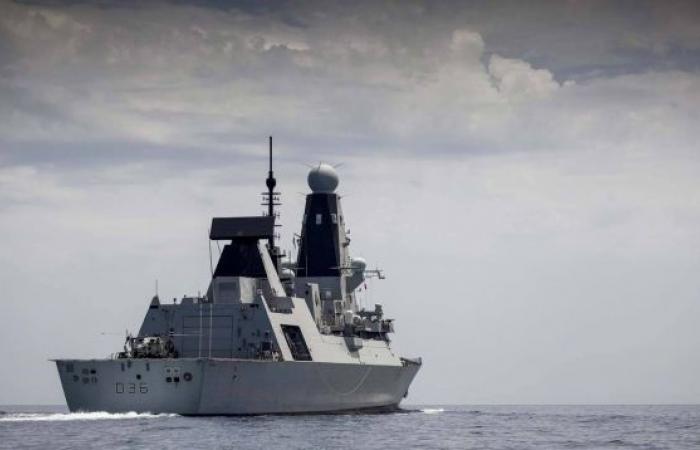 Hind Al Soulia - Riyadh - LONDON — Britain's Ministry of Defence (MoD) has denied that one of its vessels was shot at by the Russian navy near Crimea.

In a statement on Wednesday, the MoD said one of its ships had been "conducting innocent passage through Ukrainian territorial waters" and that no shots were directed at it.

"We believe the Russians were undertaking a gunnery exercise in the Black Sea and provided the maritime community with prior warning of their activity," the MoD said in a statement.

Earlier, Russian news service, Interfax reported that the defense ministry said: "The destroyer (British HMS Defender) was warned that weapons would be used in the event of a violation of Russian borders. It did not react to the warning."

A Russian "border patrol ship" therefore "fired warning shots" and a Su-24M aircraft carried out a "precautionary bombing along the route of the British destroyer", the same source said.

But MoD's statement added: "No shots were directed at HMS Defender and we do not recognize the claim that bombs were dropped in her path."

The Russian defense ministry announced that the military attaché at the British embassy in Moscow had been summoned, Russian agencies reported.

According to an earlier Royal Navy statement, the ship in question, HMS Defender, was in the region for NATO exercises and "temporarily detached from the task force to carry out its own set of missions in the Black Sea."

The incident took place off the coast of Crimea, a Ukrainian peninsula annexed in March 2014 by Russia, which has a naval base there and whose waters have been the subject of several incidents in the past. The UK does not recognize Crimea as Russian territory.

Clashes involving aircraft or ships on Russia's borders are not uncommon, especially in times of tension with the West, but the firing of warning shots is a first such incident. — Euronews

These were the details of the news Britain denies Russia fired warning shots at navy ship near Crimea for this day. We hope that we have succeeded by giving you the full details and information. To follow all our news, you can subscribe to the alerts system or to one of our different systems to provide you with all that is new.