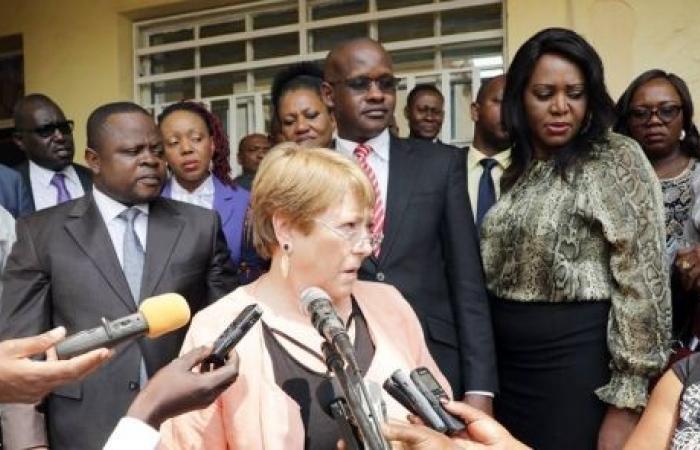 Citing a rise in “extreme poverty, inequalities and injustice” in the last 18 months, Bachelet also warned that democratic and civic space has been eroded.

These were all problems that could be addressed if countries embraced the UN Secretary-General’s call for a New Social Contract, Bachelet said, on the opening day of the Human Rights Council’s 47th session in Geneva.

The initiative will be supported by a “New Global Deal of solidarity”, which shares “power, resources and opportunities more fairly”, in line with a plan for a UN-wide agenda that António Guterres intends to present to the UN General Assembly in September.

“These are bold steps that place unprecedented emphasis on the power of human rights to ensure sound and inclusive development, sustainable peace, and societies grounded in trust,” Bachelet added.

“Navigating an...inclusive, green, sustainable and resilient future, will be the work of this generation of world leaders – or their downfall,” the High Commissioner for Human Rights maintained, while acknowledging that many countries were facing “collapsing global trade, falling remittances, turmoil in commodities prices and debt burdens”.

Nonetheless, Bachelet, who is a former two-time President of Chile, also said that it was possible to deliver on economic and social rights by using proven techniques to combat corruption and illicit financial flows, deploying progressive fiscal policies and increasing budget transparency, participation and accountability.

“The evidence is conclusive: countries that had invested in social protection have been better able to weather the crisis,” she said, adding that a New Social Contract would rebuild public trust “through stronger support for fundamental rights”.

It was vital to establish societies in which policymakers looked first to combat inequalities and promote rights to social protection, health, education, and more, the High Commissioner continued.

As is the tradition on the opening day of a new session of the Council, Bachelet also used her opening statement to highlight her office’s concerns in more than a dozen countries, from Afghanistan to the Philippines.

Among them, Bachelet reiterated her concerns over continuing violence against civilians in Ethiopia’s Tigray region “by all parties to the conflict”, more than six months since fighting began.

These included “extrajudicial executions, arbitrary arrests and detentions, sexual violence against children as well as adults and forced displacement”.

There were also “credible reports” that Eritrean soldiers were still operating in Tigray “and continue to perpetrate violations of human rights and humanitarian law”, Bachelet said, adding that the humanitarian situation remained dire and that an estimated 350,000 people faced famine.

The alert follows repeated warnings from humanitarian agencies that their access is regularly blocked and that an unknown number of people are in need and impossible to reach.

In her statement, Bachelet also told member states that an investigation into the situation in Tigray had begun on 16 May, in partnership with the Ethiopian Human Rights Commission.

The investigators’ work should conclude in August when their findings and recommendations will be made public, the High Commissioner said, before warning that “in many other parts of Ethiopia” there had been “alarming incidents of deadly ethnic and inter-communal violence and displacement” — all linked to longstanding grievances.

These complaints should be addressed through a nationwide dialogue, the High Commissioner said, before insisting that the ongoing deployment of military forces was “not a durable solution”. — UN News

These were the details of the news Human Rights Council urged to support UN chief’s call for a ‘new social contract’ after COVID-19 for this day. We hope that we have succeeded by giving you the full details and information. To follow all our news, you can subscribe to the alerts system or to one of our different systems to provide you with all that is new.