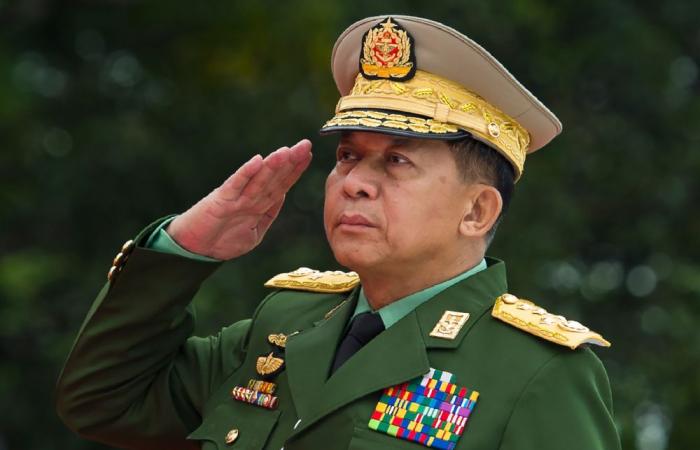 MOSCOW, June 21 —Nikolai Patrushev, the secretary of Russia’s Security Council, and Myanmar’s junta leader committed to further strengthening security and other ties between the two countries at a Moscow meeting today.

Rights activists have accused Moscow of legitimising Myanmar’s military junta, which came to power in a Feb. 1 coup. by continuing bilateral visits and arms deals.

Russia says it has a long-standing relationship with Myanmar and said in March it was deeply concerned by the rising number of civilian deaths in Myanmar.

Defence ties between the two nations have grown in recent years with Moscow providing army training and university scholarships to thousands of soldiers, as well as selling arms to a military blacklisted by several Western countries for alleged atrocities against civilians.

Myanmar’s state-run MRTV devoted the first 10 minutes of its nightly newscast to a report of Min Aung Hlaing’s Russia trip, from him being met by officials at the airport to his meeting with the Security Council. It showed a smiling Min Aung Hlaing in a business suit, posing for pictures, shaking hands and exchanging gifts with members of the council before attending a ceremony at a Buddhist temple in Moscow. The MRTV report said Min Aung Hlaing and Patrushev discussed cooperation between the two countries on security measures, Myanmar’s current affairs and agreed to maintain a good relationship between their two militaries. — Reuters

These were the details of the news Russia and Myanmar junta leader commit to boosting ties at Moscow meeting for this day. We hope that we have succeeded by giving you the full details and information. To follow all our news, you can subscribe to the alerts system or to one of our different systems to provide you with all that is new.