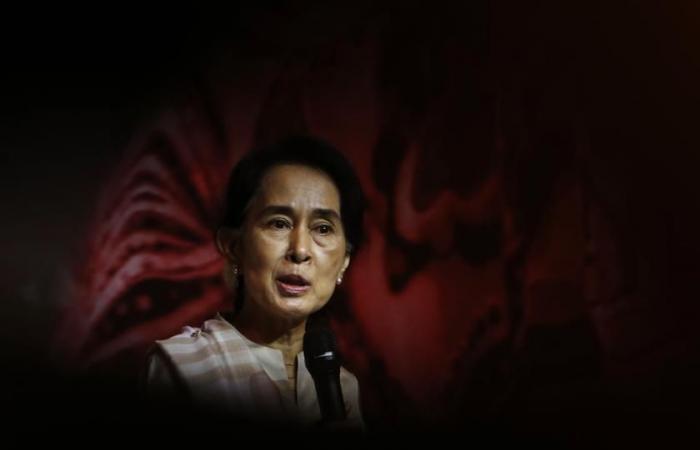 YANGON, June 21 — Deposed Myanmar leader Aung San Suu Kyi today thanked her supporters for defying the junta to celebrate her 76th birthday with flower protests, as her trial on a raft of criminal charges resumed.

A mass uprising in Myanmar against a February military putsch has been met with a brutal crackdown that has killed more than 870 civilians, according to a local monitoring group.

Protesters across the country on Saturday donned flowers in their hair—long a signature Suu Kyi look—to mark the birthday of the democracy icon, who turned 76 under junta house arrest.

Many replicated the floral hairstyle and uploaded pictures onto social media, from a former beauty queen to rebel soldiers.

Suu Kyi told her lawyers “to convey her thanks and share her wishes for the people”, her lawyer Khin Maung Zaw told reporters after the court hearing today.

He added that she was “in good health”.

Journalists were barred from the proceedings in the special court in the capital Naypyidaw and an AFP reporter said there was a heavy police presence outside.

Brief meetings with her legal team have been the only channel to the outside world for Suu Kyi—who remains widely popular in Myanmar—since she was detained in February.

Last month she used her first in-person court appearance to voice defiance against the junta, affirming that her NLD party would “exist as long as people exist because it was founded for people”.

Junta leader Min Aung Hlaing has justified his power grab by citing alleged electoral fraud in the November poll and has threatened to dissolve the NLD.

Suu Kyi’s lawyers have said they expect the trial to wrap up by July 26.

The other charges against her include claims that she accepted illegal payments of gold and violated a colonial-era secrecy law. — AFP

These were the details of the news Myanmar’s Suu Kyi thanks supporters for flower protests for this day. We hope that we have succeeded by giving you the full details and information. To follow all our news, you can subscribe to the alerts system or to one of our different systems to provide you with all that is new.