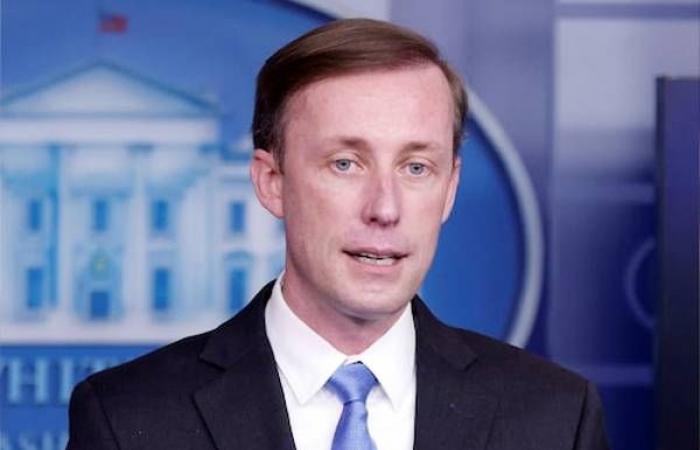 We show you our most important and recent visitors news details US ‘paramount priority’ is preventing Iran from acquiring nuclear weapon: Sullivan in the following article

"What we need to do in the United States is keep our eye on the ball," Sullivan told ABC network. "Our paramount priority right now is to prevent Iran from getting a nuclear weapon."

"We believe that diplomacy is the best way to achieve that, and so we’re going to negotiate in a clear-eyed, firm way with the Iranians to see if we can arrive at an outcome that puts their nuclear program in the box," he added.

Asked about Iranian Foreign Minister Javad Zarif’s optimism about reaching a deal before the new president Ebrahim Raisi takes office and if he shares that optimism, Sullivan responded, "There is still a fair distance to travel on some of the key issues, including on sanctions and on the nuclear commitments that Iran has to make."

He continued, "But the arrow has been pointed in the right direction in terms of the work that's getting done in Vienna" and that "the whole question of which sanctions will be lifted is currently being negotiated in Vienna."

Negotiators representing Iran and six world powers adjourned Sunday talks in Vienna on reviving their 2015 nuclear deal after over a week of negotiations in their latest round.

Iran and world powers are currently holding talks in Vienna to restore a landmark 2015 deal that was abandoned by the previous Trump administration.

Days after President Joe Biden's return from his historic maiden overseas trip to Europe during which he had multilateral summits with G-7, NATO and European Union and an important bilateral meeting with Russian President Vladimir Putin, Sullivan appeared on several Sunday talk shows responding to questions on the visit.

"We will see if the Iranian negotiators come to the next round of talks, prepared to make the hard choices that they have to make in order for the joint comprehensive plan of action the Iran nuclear deal to be reinstated, Sullivan said.

Appearing on Fox News, Sullivan said that Iranian Supreme Leader Ayatollah Ali Khamenei is the one who will call the shot on the nuclear deal.

"He's the guy ultimately who will make the decision about whether Iran accepts the constraints on its nuclear program that will ensure that it does not get a nuclear weapon.

“That's what we are testing right now. That's what our diplomacy is all about. And we are determined to prevent Iran from ever acquiring a nuclear weapon,” he said.

The US is intending to reimpose the constraints that put Iran's nuclear program in a box. The limits on enrichment, the limits on stockpile, the intensive verification measures, all of which were included in the original Iran nuclear deal, he asserted.

"Once we go back into that deal, the idea is to negotiate a follow-on agreement that will make for a longer and stronger agreement. That is the next step that US policy will take alongside our partners in the P5+1,” he added. — Agencies

These were the details of the news US ‘paramount priority’ is preventing Iran from acquiring nuclear weapon: Sullivan for this day. We hope that we have succeeded by giving you the full details and information. To follow all our news, you can subscribe to the alerts system or to one of our different systems to provide you with all that is new.