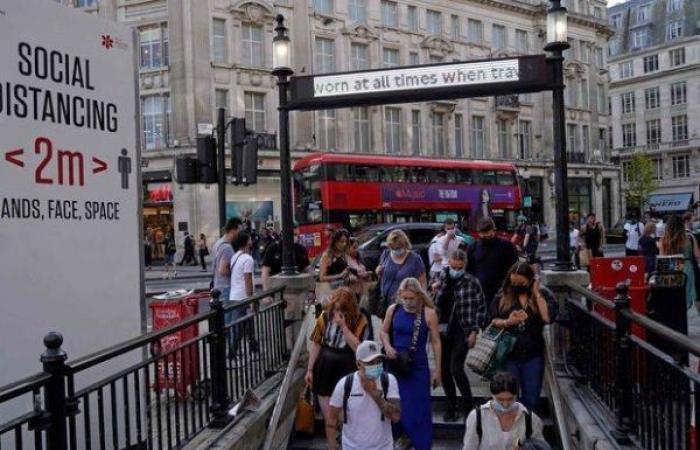 We show you our most important and recent visitors news details UK ahead of 'miserable winter' due to new respiratory viruses, scientists warn in the following article

Hind Al Soulia - Riyadh - LONDON — British scientists on Sunday warned of "pretty miserable winter" ahead for the country due to likely emergence of new respiratory viruses, with further lockdowns a possibility.

Professor Calum Semple, member of the Scientific Advisory Group for Emergencies (SAGE), a British government advisory body, said that children and elderly people will be especially vulnerable to endemic viruses at the end of the year.

Describing it as the "fourth wave winter," he told Times Radio "there's a sting in the tail after every pandemic" because social distancing will have reduced people's exposure to usual endemic respiratory viruses such as pneumonia and bronchiolitis.

"I suspect we'll have a pretty miserable winter because the other respiratory viruses are going to come back and bite us quite hard," he said. "But after that, I think we'll be seeing business as normal next year."

Meanwhile, Susan Hopkins, Public Health England's director for COVID-19, warned "we may have to do further lockdowns this winter" depending on whether hospitals start to become overwhelmed.

"I think we will have alternative ways to manage this, through vaccination, through anti-virals, through drugs, through testing that we didn't have last winter," she told the BBC.

Scientists have warned that a third wave of coronavirus infections is "definitely under way" in England due to the fast spread of the Delta variant first identified in India, even though hospital admissions will hopefully not be on the same scale as in January.

The recent data published by Public Health England showed the AstraZeneca vaccine is 92 percent effective against hospitalization from the Delta variant after two doses, and the Pfizer vaccine, 96 percent effective.

Experts have warned that coronavirus may continue to evolve for years to come, and eventually it is likely current vaccines will fail to protect against transmission, infection, or even against disease caused by newer variants. — Agencies

These were the details of the news UK ahead of 'miserable winter' due to new respiratory viruses, scientists warn for this day. We hope that we have succeeded by giving you the full details and information. To follow all our news, you can subscribe to the alerts system or to one of our different systems to provide you with all that is new.