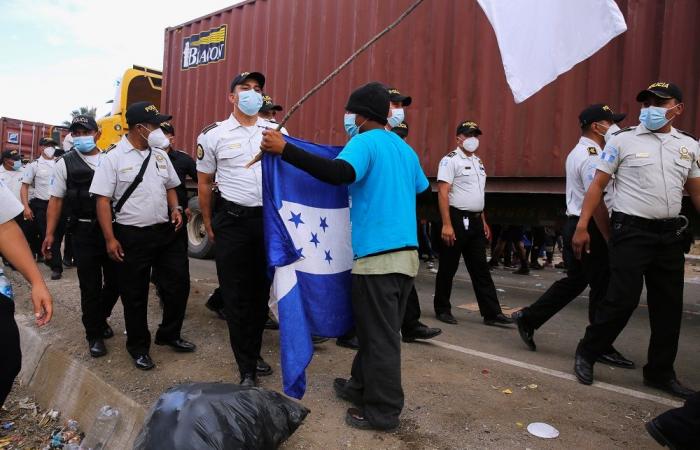 Hello and welcome to the details of US, EU, Spain pledge more than US$85m to address C.American migrant crisis and now with the details

Washington has pledged US$57 million on top of US$310 million in humanitarian aid for the region already announced in April by Vice President Kamala Harris, a government official said in Costa Rica ahead of a presidential summit.

“This money will be used to support efforts in building asylum systems, enabling governments to address the pressures of the migration itself,” Amy Pope, the White House senior advisor on migration, told a gathering in San Jose.

“This is part of president Biden's much comprehensive approach to migration, is not all about the United States border, it is about what is happening that causes people to feel that they do not have any other choice than to flee,” she said.

Pope spoke at an event in solidarity with forcibly displaced people preceding a summit of heads of state and government of countries in the Central American Integration System (SICA), and Spain.

Spanish Prime Minister Pedro Sanchez told the event his government would contribute US$7.6 million to the cause, while the EU pledged another US$22.5 million.

“We recognise that without a regional solution, we cannot address this problem,” said Pope.

Undocumented migration from Central America to the United States has been on the increase since 2018, and is a major headache for the administration of President Joe Biden.

Detentions of undocumented migrants, many fleeing poverty or violence at home, hit a 15-year-high along the US-Mexico border in April, with nearly 180,000 people intercepted, according to the US authorities.

Biden is allowing unaccompanied minors to stay and be united with relatives living in the United States.

The Republican opposition has accused Biden of creating a “crisis” on the country's southern border.

Harris, on a visit to Mexico and Guatemala this week, said countries must work together to address the root causes of the problem, but told would-be migrants “Do not come” to the United States.

“The United States will continue to enforce our laws and secure our borders... If you come to our border, you will be turned back,” she said.

“Because there they said, 'we are going to encourage family unification.' And the coyotes (smugglers) took children and adolescents to the US, and the border filled up, not just with people from Guatemala. A ton of people,” Giammattei told Fox News. ― AFP

These were the details of the news US, EU, Spain pledge more than US$85m to address C.American migrant crisis for this day. We hope that we have succeeded by giving you the full details and information. To follow all our news, you can subscribe to the alerts system or to one of our different systems to provide you with all that is new.