'People have awakened': Peru's Castillo closes in on election win 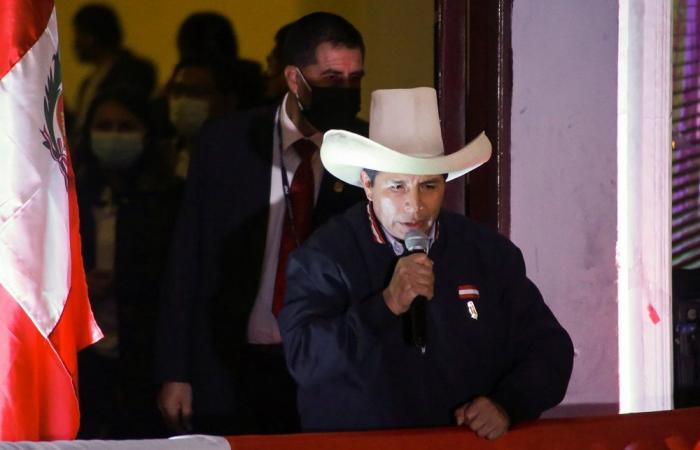 Hello and welcome to the details of 'People have awakened': Peru's Castillo closes in on election win and now with the details

LIMA, June 11 ― Socialist Pedro Castillo was closing in on victory in Peru's presidential election yesterday, holding a slim lead of some 63,000 votes over conservative rival Keiko Fujimori, who has yet to concede and has alleged fraud despite scant evidence.

Castillo had some 50.2 per cent of the vote and a 0.36 percentage point lead with 99.4 per cent of ballots tallied, with only a small number of contested ballots still being scrutinised.

“The people have awakened,” Castillo told supporters from a balcony in Lima late yesterday, calling on citizens to recover the country for all Peruvians after a divisive election race.

Fujimori, facing her own renewed legal woes yesterday, has not conceded, and is seeking to annul some 500,000 votes which she says are suspicious.

“We will continue to defend the legitimate right of millions of Peruvians until the last vote,” she said on Twitter.

Castillo's Peru Libre party says there is no evidence of suspicious activity. Independent electoral observers say the vote was carried out cleanly.

The ethics tribunal of the National Jury of Elections (JNE), the body charged with overseeing the legality of the electoral process, said on Thursday that throwing doubt on the results without evidence was “irresponsible.”

Washington said that electoral authorities should be allowed to look into any fraud allegations.

“We look forward to working with the duly elected candidate,” a U.S. State Department spokesperson said.

Peru, which saw three presidents in a week last year amid political scandals and protests, has been hit by the world's deadliest Covid-19 outbreak by deaths per capita. The world no.2 copper producer posted its worst economic plunge in three decades last year.

In Latin America, though, many were already celebrating Castillo's victory.

Argentina's President Alfredo Fernandez was the first world leader to congratulate Castillo, saying on Twitter he had contacted the “President-elect” and expressed wishes to join forces for the benefit of Latin America.

Peru's current interim government said in a statement it had filed a “note of protest” to Argentina over the comments, with the final results not yet formally announced by the country's electoral authority.

In Brazil, leftist former president Luiz Inacio Lula da Silva, who is widely expected to challenge far-right President Jair Bolsonaro in next year's election, said Castillo had struck a blow against conservatism in the region.

“The result of the Peruvian polls is symbolic and represents another advance in the popular struggle in our dear Latin America,” he said.

Bolivia's former President Evo Morales also congratulated Castillo on his “victory,” calling him a “soul brother and companion in struggle.”

Castillo's thin lead over Fujimori is more sizeable than the 0.24 per cent margin by which Fujimori lost to Pedro Pablo Kuczynski in the 2016 presidential election.

“Then, Fujimori did not demand a recount, but given the political and legal stakes for her, she may do this time round,” said Eileen Gavin, principal analyst of Global Markets and the Americas for risk consultancy Verisk Maplecroft.

Fujimori spent over a year in jail pending a trial over accusations she accepted illegal campaign contributions when she first ran for the presidency in 2011. She has denied the allegations and called them political persecution.

Yesterday, prosecutor Jose Domingo Perez requested that Fujimori's bail be revoked and she be returned to custody pending the trial, arguing that she had been in contact with a witness.

The request will be heard by a judge in the coming days. A spokesman for Fujimori did not respond to a Reuters request for comment.

“Prosecutors are entitled to seek her jailing, but it will be interpreted by people as an attempt to meddle with the electoral process,” said Ernesto de la Jara, a Peruvian human rights lawyer who is critical of Fujimori.

A victory in the presidential election would halt her case until the end of her administration. ― Reuters

These were the details of the news 'People have awakened': Peru's Castillo closes in on election win for this day. We hope that we have succeeded by giving you the full details and information. To follow all our news, you can subscribe to the alerts system or to one of our different systems to provide you with all that is new. 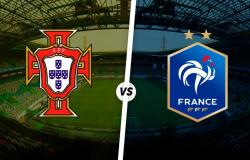