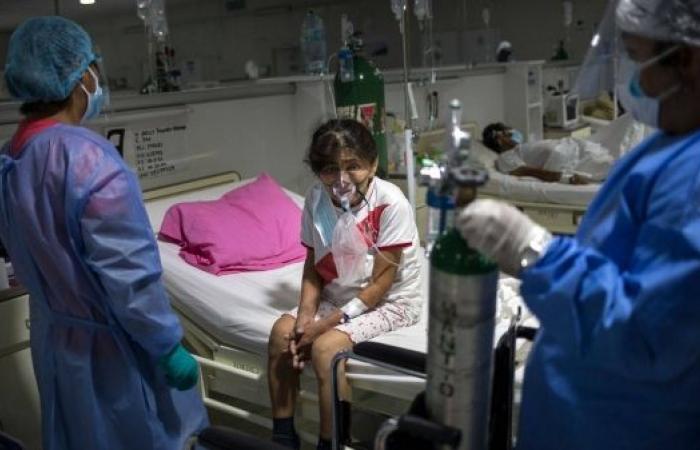 We show you our most important and recent visitors news details Peru revises pandemic death toll, now worst in the world per capita in the following article

Hind Al Soulia - Riyadh - LIMA — Peru has more than doubled its official death toll from the COVID-19 pandemic following a government review of the figures, leaving the country with the highest coronavirus-related death rate per capita in the world.

Speaking at a press conference, Violeta Bermudez said the updated figures were based on advice taken from a panel of Peruvian and international experts.

"It (is) our duty to make the updated information public, not only as part of our commitment to transparency, but also to comply with our obligations as a State," Bermudez said.

Separately, the World Health Organization (WHO) warned Monday it would be a "monumental error" to think the danger of Covid-19 has passed.

"The reality is, we still have a lot of work to do to end this pandemic," WHO Director-General Tedros Adhanom Ghebreyesus said during the closing of the 74th World Health Assembly.. "We're very encouraged that cases and deaths are continuing to decline globally, but it would be a monumental error for any country to think the danger has passed."

The way out of the pandemic, he said, is tailored and consistent use of public health measures, alongside equitable vaccination.

Tedros urged member states to commit to supporting targets of achieving at least 10 percent of the population of all countries vaccinated by the end of September, and at least 30% by the end of the year.

"One day — hopefully soon — the pandemic will be behind us, but the psychological scars will remain for those who have lost loved ones, health workers who have been stretched beyond breaking point. and the millions of people of all ages confronted with months of loneliness and isolation," he said. — CNN


These were the details of the news Peru revises pandemic death toll, now worst in the world per capita for this day. We hope that we have succeeded by giving you the full details and information. To follow all our news, you can subscribe to the alerts system or to one of our different systems to provide you with all that is new.