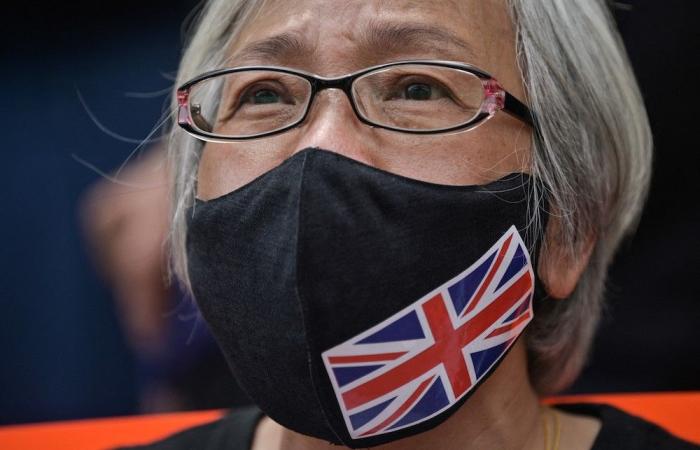 HONG KONG, May 31 — Hong Kong police have arrested an elderly democracy activist as she made a solo demonstration over China’s deadly Tiananmen crackdown in a vivid illustration of the zero protest tolerance now wielded by authorities in the financial hub.

Alexandra Wong, 65, was detained on Sunday on suspicion of taking part in an unlawful assembly as she walked towards Beijing’s Liaison Office in Hong Kong.

Wong — known locally as “Grandma Wong” — was a regular fixture of the huge democracy protests that swept Hong Kong in 2019.

She could often be seen waving a Union Jack flag, a symbol of her dissatisfaction with Beijing’s rule since the city was handed to China by former colonial power Britain in 1997.

Protest is now all but outlawed in Hong Kong.

Authorities have used both the threat of the coronavirus and security concerns to ban demonstrations.

A vigil planned for this Friday — the 32nd anniversary of Beijing’s 1989 crackdown on democracy protests in Tiananmen Square — has been denied permission for the second year in a row.

Authorities have cited the coronavirus, although Hong Kong is currently celebrating no local transmission cases of unknown origin for the last month.

Activists had also sought permission for a small Tiananmen-themed march on Sunday to the Liaison Office, which represents the central government in the city, but it was also denied permission.

Wong turned up anyway that afternoon holding as sign that read “32, June 4, Tiananmen’s lament” and a yellow umbrella — the latter a symbol of Hong Kong’s democracy movement.

The South China Morning Post said the pensioner started chanting slogans in a park before heading towards the Liaison Office by herself, while being followed and filmed by police.

She was stopped twice.

“I’m only by myself, just an old lady here. Why stop me?” the Post quoted Wong as telling officers.

Soon afterwards she was arrested.

Hong Kong’s democracy movement has been crushed by a broad crackdown on dissent over the last year, including the imposition of a sweeping security law that criminalises much dissent.

In the middle of the 2019 protests Wong disappeared for more than a year.

She resurfaced saying she had been detained by mainland authorities during a trip to Shenzhen, a neighbouring city where she lived at the time. — AFP

These were the details of the news Hong Kong’s ‘Grandma Wong’ arrested for solo Tiananmen protest for this day. We hope that we have succeeded by giving you the full details and information. To follow all our news, you can subscribe to the alerts system or to one of our different systems to provide you with all that is new.