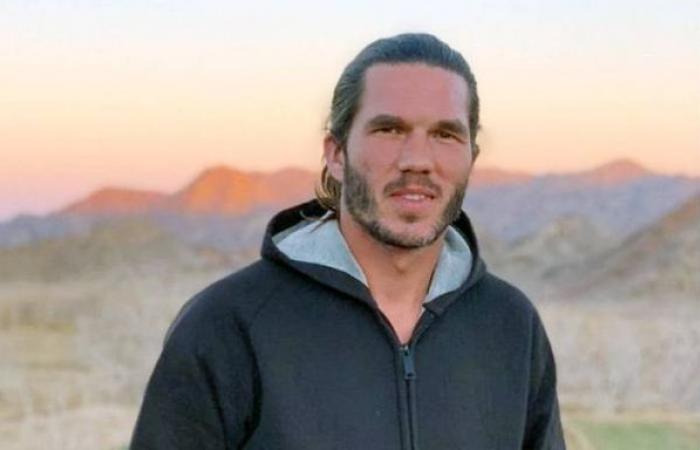 Hind Al Soulia - Riyadh - PARIS/TEHRAN — A French tourist is set to be prosecuted for espionage in Iran after allegedly taking pictures in a desert region last year. Explorer Benjamin Briere, 35, was arrested in Iran last May and accused of flying a drone in an area prohibited by the military.

As well as spying, he was on Wednesday — the anniversary of his initial arrest — charged by a court in Mashhad, northeastern Iran, with "propaganda against the system" in connection with alleged social media posts questioning Iran's mandatory veiling laws for women, his lawyer Saeid Dehghan confirmed on Sunday.

Dehghan added that two other charges against his client — "alcoholism" and "corruption on earth", the latter of which one of the most serious offenses in Iran's Islamic penal code and can carry the death penalty —had been dropped.

Briere has been held at Vakilabad Central Prison in Mashhad for the past 12 months. On Wednesday, his sister Blandine Briere published an open letter to French President Emmanuel Macron urging the government to intervene.

"We as his loved ones have been going through hell," she wrote. "This arrest and charges are baseless; I'm sure all of your services know. Our brother, son, uncle, is obviously not an agent of any intelligence service."

Benjamin, she said, had "a thirst for discovery and adventure" and had bought a van two years ago, embarking on trips through Finland, Turkey and Montenegro before arriving in Iran to explore the country in December 2019.

Since being arrested, she said, her brother had been permitted just four phone calls to his family, who had been rendered "helpless" by the lack of information from Iranian authorities.

Briere's family also raised concerns that the 35-year-old was being used as a "negotiating instrument" and was "at the center of a conflict between countries, which obviously escapes him".

The arrest and detention of this French national has come at a time of heightened tension between the Islamic Republic of Iran and European powers.

France is one of a six-country group, together with the United States, Britain, China, Russia, and Germany, holding talks with Iran over restoring the Joint Comprehensive Plan of Action: the 2015 nuclear deal that former US President Donald Trump withdrew from in 2018.

Since then, harsh sanctions have been re-imposed on Iran, crippling the country's economy.

The Islamic Republic has been accused of using foreign detainees as bargaining chips for money and influence with Western countries, and to put pressure on them: a strategy Tehran officially denies.

Last month British-Iranian dual national Nazanin Zaghari-Ratcliffe was sentenced to a sixth year in jail on charges of "propaganda against the regime" after her previous five-year sentence on spying charges, which she has always denied, came to an end.

Spying charges against French anthropologist Fariba Adelkhah were dropped last year but she remains under house arrest in Tehran and is not allowed to leave the country.

Foreign nationals have also been used to facilitate prisoner exchanges in the past. Last year Iran and France swapped French researcher Roland Marchal for Iranian engineer Jalal Ruhollahnejad. In November, British-Australian academic Kylie Moore-Gilbert was released in exchange for three Iranians imprisoned for their part in a bomb plot in Thailand. — Euronews

These were the details of the news Family pleads with Macron for help as Iran charges tourist Briere with spying for this day. We hope that we have succeeded by giving you the full details and information. To follow all our news, you can subscribe to the alerts system or to one of our different systems to provide you with all that is new.