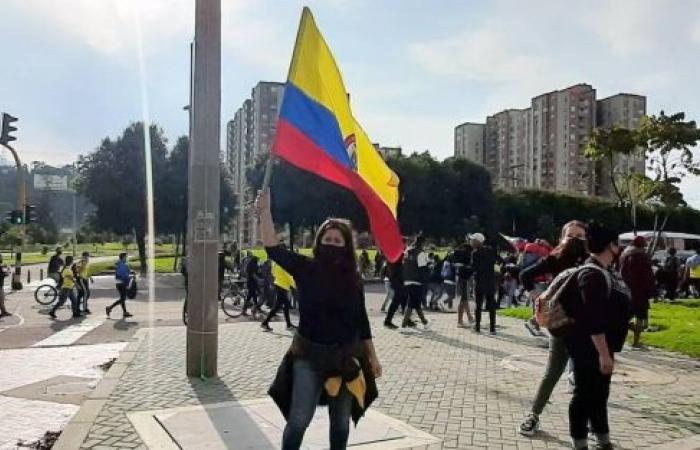 Hind Al Soulia - Riyadh - GENEVA — The UN High Commissioner for Human Rights Michelle Bachelet voiced her “deep concern” at recent events in the Colombian city of Cali that include reports of several deaths and violence.

In a statement published on Sunday, she called for an end to all forms of violence, including vandalism, and said that only dialogue can resolve the demands of different groups involved in the current national strike.

Her office received reports indicating that, since May 28, 14 people have died, and 98 people have been injured, 54 of them by firearms during violence that erupted in the city where demonstrations were taking place to commemorate a month of the strike.

According to some reports, in parts of the city, private individuals fired shots at demonstrators in the presence of police officers, the High Commissioner said.

The UN Human Rights Office in Colombia received information as well of at least 30 people arrested on May 28. Bachelet reminded that ‘the fair trial and due process rights of those detained need to be ensured’.

Addressing concerns about the whereabouts of certain detainees, Bachelet also reiterated the need to implement all necessary measures, in line with international human rights standards, to prevent disappearances.

Dialogue is the only way

For the High Commissioner, these events are especially concerning given the “progress that had been made to resolve, through dialogue, the social unrest that erupted a month ago following the start of a nation-wide strike against several social and economic policies of the government”.

“It is essential that all those who are reportedly involved in causing injury or death, including State officials, are subject to prompt, effective, independent, impartial, and transparent investigations and that those responsible are held accountable,” she underscored.

Bachelet stressed that only dialogue could resolve the demands of different groups, both those who are taking part in demonstrations and those opposed to the protests.

“I welcome the commitment voiced by several actors, in Cali, and at the national level, to find a negotiated and peaceful solution to the social unrest through talks,” she stressed.

The Special Representative of the Secretary General in Colombia, Carlos Ruiz Massieu, also expressed his grave concern about the current situation in the country and said that he was ‘following it closely’.

In a statement published on Saturday evening, Massieu said that the serious events in Cali and other parts of the country show the need to “strengthen dialogue as a fundamental instrument to resolve conflicts”.

The head of the UN Verification Mission called on all actors to prevent and end violence, and do everything possible to reduce tensions and avoid escalation.

“In any circumstance, even the most difficult, we must promote dialogue. Consolidating a stable and lasting peace in the country is my greatest wish and, I am sure, that of all Colombians,” he underscored.

Massieu reminded that United Nations continues to be available to facilitate and support the paths of peaceful solution and agreement. — UN News

These were the details of the news UN rights chief calls for an end to all forms of violence in Cali for this day. We hope that we have succeeded by giving you the full details and information. To follow all our news, you can subscribe to the alerts system or to one of our different systems to provide you with all that is new.