Four die during protests as Colombia marks a month of demonstrations 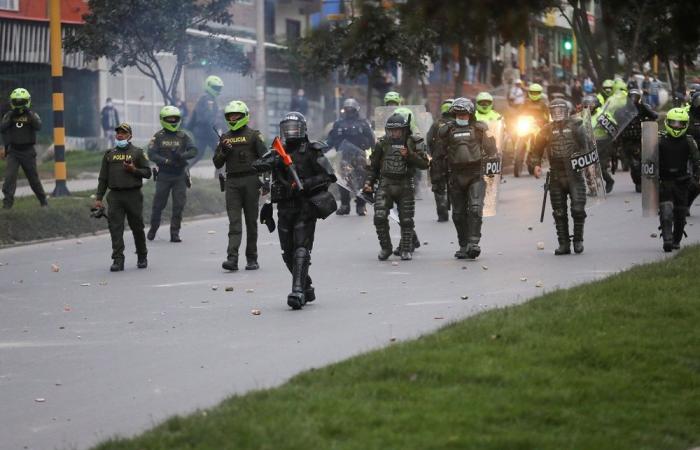 BOGOTA, May 29 ― Four people died in Colombia yesterday as tens of thousands of protesters marked a month of demonstrations across the country, while talks between the government and the national strike committee have stalled.

In Cali, which has become an epicenter of the nationwide protests, Mayor Jorge Ospina confirmed three of the deaths. Local media reported the fourth death occurred on the road between Cali and the town of Candelaria.

Demonstrations elsewhere were mostly peaceful, although clashes between police and protesters were reported in some areas, such as the municipality of Madrid, near Bogota.

“There must be dialogue between those calling for strikes, the national government, and the whole of society. If there are no talks, the spiral of violence will continue and unfortunately more people could die,” Ospina said.

Two people in Cali were killed when an agent of the attorney general's investigative unit opened fire on civilians, before also being killed, Attorney General Francisco Barbosa said in a televised message. The agent was not on duty at the time, Barbosa said.

Violence has marked demonstrations over the last four weeks.

The government has so far confirmed 17 civilian deaths as directly connected with protests, while human rights groups claim dozens more civilians have been killed by security forces. Two police officers were also earlier reported killed during the protests.

Demonstrations began on April 28, pressuring the government and lawmakers into shelving tax and health reforms and leading to the resignation of former finance minister Alberto Carrasquilla.

Amid singing and music during demonstrations in capital Bogota, protesters told Reuters they would keep marching even after a month of demonstrations.

Since withdrawal of the tax reform at the start of the month, protester demands have expanded to include a basic income, opportunities for young people and an end to police violence.

“Until the government listens to us, we have to stay in the streets,” said Alejandro Franco, 23. Close to graduating, he told Reuters he was marching for better education and health, among other reasons.

“If the people don't have peace then neither will the government,” he added.

Some said the long-running protests are putting them under financial pressure.

“I have to close my shop every time there are protests,” Laudice Ramirez, 62, said in the south of the city. “I'm going bankrupt, but the youth don't have any other options for opportunities.”

Despite the government and protest leaders reaching a “pre-agreement” for ending demonstrations this week, strike organisers on Thursday said the government had not signed the deal and accused it of stalling.

“We have already reached the agreement, the only thing missing is the president's signature to start the negotiations,” Francisco Maltes, president of the Central Union of Workers (CUT), said yesterday, accusing the government of delaying talks.

The government said it had not signed the deal because some protest leaders would not condemn road blocks, calling the issue non negotiable, and adding that talks will resume on Sunday.

Colombia's finance ministry estimates protests and roadblocks have cost the country US$2.68 billion (RM11.08 billion), with the roadblocks leading to shortages of food and other supplies, boosting prices, and disrupting operations in the country's main seaport as well as for hundreds of companies. ― Reuters

These were the details of the news Four die during protests as Colombia marks a month of demonstrations for this day. We hope that we have succeeded by giving you the full details and information. To follow all our news, you can subscribe to the alerts system or to one of our different systems to provide you with all that is new.