What we know about the origins of Covid-19 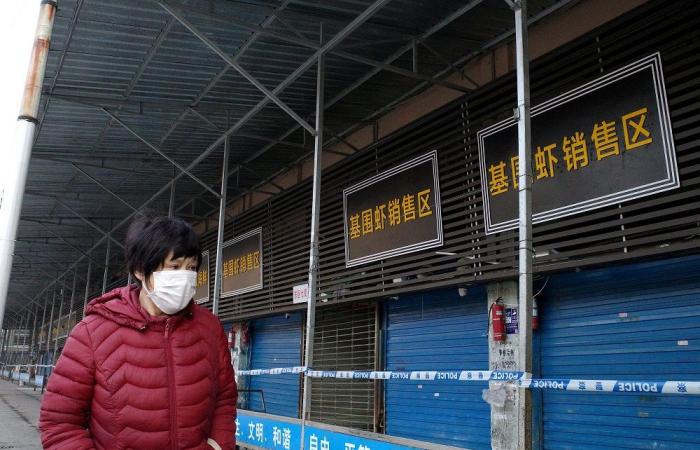 NEW YORK, May 28 — Scientists are revisiting a central mystery of Covid-19: Where, when and how did the virus that causes the disease originate?

The two prevailing competing theories are that the virus jumped from animals, possibly originating with bats, to humans, or that it escaped from a virology laboratory in Wuhan, China. The following is what is known about the virus’ origins.

Why is the lab in Wuhan a focus of interest?

The Wuhan Institute of Virology (WIV) is a high-security research facility that studies pathogens in nature with the potential to infect humans with deadly and exotic new diseases.

The lab has done extensive work on bat-borne viruses since the 2002 SARS-CoV-1 international outbreak, which began in China, killing 774 people worldwide. The search for its origins led years later to discovery of SARS-like viruses in a southwest China bat cave.

The institute collects genetic material from wildlife for experimentation at its Wuhan lab. Researchers experiment with live viruses in animals to gauge human susceptibility. To reduce the risk of pathogens escaping accidentally, the facility is supposed to enforce rigorous safety protocols, such as protective garb and super air filtration. But even the strictest measures cannot eliminate such risks.

Why do some scientists suspect a laboratory accident?

To some scientists, the release of a dangerous pathogen via a careless lab worker is a plausible hypothesis for how the pandemic started and warrants investigation. The Wuhan lab, China’s leading SARS research facility, is not far from the Huanan Seafood Market, which early in the health crisis was cited as the most likely place where animal-to-human transmission of the virus may have taken place. The market was also the site of the first known Covid-19 superspreader event. Their proximity raised immediate suspicions, fuelled by the failure so far to identify any wildlife infected with the same viral lineage and compounded by the Chinese government’s refusal to allow the lab-leak scenario to be fully investigated.

Scientists and others have developed hypotheses based on general concerns about the risks involved in live virus lab research, clues in the virus’ genome, and information from studies by institute researchers. Although the Wuhan lab’s scientists have said they had no trace of SARS-CoV-2 in their inventory at the time, 24 researchers sent a letter to the World Health Organization (WHO) urging a rigorous, independent investigation. The WHO’s first such mission to China this year failed to probe deeply enough, they wrote.

A US State Department fact sheet, released before the WHO mission in the waning days of the Trump Administration, alleged, without proof, that several WIV researchers had fallen sick with symptoms consistent with Covid-19 or common seasonal illnesses before the first publicly confirmed case in December 2019.

A May 5, story by Nicholas Wade in the Bulletin of the Atomic Scientists, said lab scientists experimenting on a virus sometimes insert a sequence called a “furin cleavage site” into its genome in a manner that makes the virus more infective. David Baltimore, a Nobel Prize-winning virologist quoted in the article, said when he spotted the sequence in the SARS-CoV-2 genome, he felt he had found the smoking gun for the origin of the virus.

What are the arguments for animal-to-human transmission?

Many scientists believe a natural origin is more likely and have seen no scientific evidence to support the lab leak theory. Kristian G. Andersen, a scientist at Scripps Research who has done extensive work on coronaviruses, Ebola and other pathogens transmissible from animals to humans, said similar genomic sequences occur naturally in coronaviruses and are unlikely to be manipulated in the way Baltimore described for experimentation.

Scientists who favour the natural origins hypothesis have relied largely on history. Some of the most lethal new diseases of the past century have been traced to human interactions with wildlife and domestic animals, including the first SARS epidemic (bats), MERS-CoV (camels), Ebola (bats or non-human primates) and Nipah virus (bats).

While an animal source has not been identified so far, swabs of stalls in the wildlife section of the wildlife market in Wuhan after the outbreak tested positive, suggesting an infected animal or human handler.

Has new information emerged to lend credence to one theory over another?

The scientists’ March 4 letter to the WHO refocused attention on the lab-leak scenario, but offered no new evidence. Nor has definitive proof of a natural origin surfaced.

US President Joe Biden on May 26 said his national security staff does not believe there is sufficient information to assess one theory to be more likely than the other. He instructed intelligence officials to collect and analyse information that could close in on definitive conclusion and report back in 90 days. — Reuters

These were the details of the news What we know about the origins of Covid-19 for this day. We hope that we have succeeded by giving you the full details and information. To follow all our news, you can subscribe to the alerts system or to one of our different systems to provide you with all that is new.