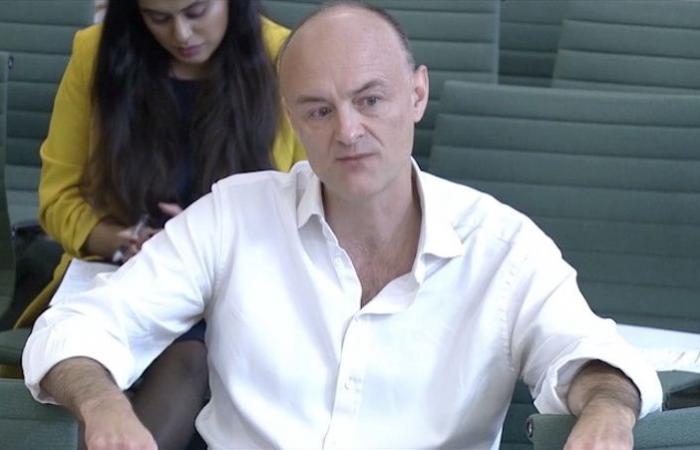 Hello and welcome to the details of Dominic Cummings: Johnson ally turned bomb-throwing foe and now with the details

LONDON, May 28 — Brexit mastermind Dominic Cummings, the notoriously combative former top adviser to Prime Minister Boris Johnson, is not shirking his latest fight — but this time has the UK leader himself in his sights.

Cummings, 49, had lain low after acrimoniously quitting Downing Street in December. But he returned with a bang a month ago, releasing a 1,100-word blog that detailed a series of explosive allegations against the Conservative leader.

After a more recent deluge of tweets attacking Johnson’s handling of the coronavirus pandemic, he is now set to follow up in person at a parliamentary hearing on Wednesday.

Commentators said Johnson should have seen the offensive coming, after reportedly personally briefing newspaper editors to accuse Cummings of being behind a drip-feed of incriminating leaks.

“He (Cummings) is a man who takes nuclear weapons to a pillow fight. He has had months to copy emails and messages. There are rumours he has audio recordings,” Sunday Times political editor Tim Shipman wrote after the blog appeared.

“Johnson’s (poll) numbers remain buoyant,” he added, before the Conservatives did well in English local elections on May 6.

Chaos, division and drama are Cummings’ disruptive speciality. With Johnson as the charismatic frontman, he was the strategist behind the “Vote Leave” campaign that saw Britain narrowly vote in 2016 to quit the European Union.

Cummings was portrayed sympathetically by actor Benedict Cumberbatch in a TV dramatisation of the seismic referendum.

But his aggressive tactics, including an infamous campaign bus emblazoned with a questionable promise of funding for healthcare as well as debatable claims about immigration, made him a hate figure for Brexit opponents.

Former Conservative prime minister David Cameron called Cummings a “career psychopath”, and he was unpopular with many MPs from the ruling party and even staunch Brexiteers.

Cummings caused outrage last year for breaking coronavirus lockdown rules that he had helped to draft, making a cross-country dash while suffering from Covid-19 symptoms after his wife had contracted the virus.

He refused to resign, and Johnson refused to sack him, despite ridicule and derision at his claim he had undertaken a further drive because he needed to check his eyesight.

Johnson hired Cummings after he became prime minister in July 2019, when the government was bogged down in negotiations to leave the EU and parliament was unable to agree on a divorce deal.

He hoped Cummings’ reputation for unconventional and bold action would help break the deadlock — and the move paid off spectacularly.

Johnson called a snap election in December 2019 and secured an 80-seat parliamentary majority, setting the seal on Brexit.

Johnson entrusted Cummings with his ambitious big-spending plans to modernise the economy and state, giving him unprecedented powers as an aide.

But that agenda has been overshadowed by the coronavirus outbreak, and Cummings himself fell victim in December to a Downing Street feud involving Johnson’s fiancée, Conservative Party insider Carrie Symonds.

Cummings famously sent out a call for “weirdos and misfits” to join his policy unit, driven by science geeks and “artists” as a direct challenge to civil service control.

His dress sense — more Silicon Valley than Westminster — earned him the title of the world’s worst-dressed man from GQ Magazine.

Oxford University-educated Cummings, the son of an oil-rig worker and a teacher, began as a government adviser to then-education minister Michael Gove, following a stint working in post-Soviet Russia in the 1990s.

He locked horns immediately with the civil service, and later relished verbal jousts with Tory politicians after the referendum.

Now, after his blog post accused Johnson of unethical and potentially illegal behaviour, and his tweets accused the government of lying over its pandemic strategy, he has promised to tell all at Wednesday’s committee hearing. — AFP

These were the details of the news Dominic Cummings: Johnson ally turned bomb-throwing foe for this day. We hope that we have succeeded by giving you the full details and information. To follow all our news, you can subscribe to the alerts system or to one of our different systems to provide you with all that is new.