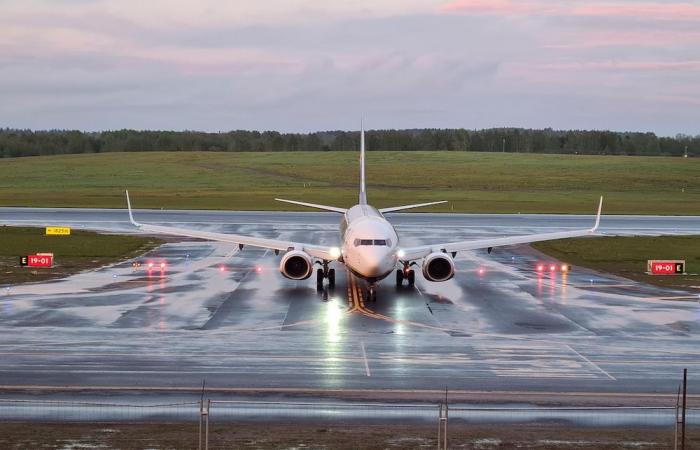 Hello and welcome to the details of Flight bans should not stop Belarusians fleeing, says opposition leader and now with the details

VILNIUS (Lithuania), May 27 ― Belarus opposition leader Svetlana Tikhanovskaya yesterday said that flight bans being imposed as part of sanctions by European countries should not stop Belarusians from being able to flee the regime.

“Belarusians now no longer have the possibility of fleeing Belarus if they want to escape the regime,” she told AFP in an interview after EU leaders at a summit this week agreed to ban Belarusian carriers.

“We are working on options for emergency evacuations from Belarus of people who are being repressed,” she said, speaking in Vilnius where she has lived since fleeing Belarus in August 2020.

But Tikhanovskaya said that she supported the EU's actions as “reasonable” and that Belarusians “cannot blame anyone for this except the regime”.

Belarus on Sunday arrested dissident journalist Roman Protasevich and his girlfriend Sofia Sapega after diverting their Ryanair flight from Athens to Vilnius and forcing it to land in Minsk.

President Alexander Lukashenko, who has ruled since 1994, on Wednesday defended the diversion and accused critics of crossing “red lines” and “boundaries of common sense and human morality”.

Tikhanovskaya responded saying: “It's the regime that has crossed many red lines and crossed boundaries of values and human morality.”

She also said that international sanctions such as travel bans and asset freezes on regime figures should be “widened and strengthened”.

“There should be judges, prosecutors, police, special forces, everyone who took part in mass repression and who is responsible for what happened with the plane,” she said.

She also said that any economic sanctions should be “very targeted” against companies that help to finance Lukashenko.

“The regime is showing it can do what it wants without any consequences.

“The task of democratic countries is to show that it cannot be like this because we will respond powerfully,” she said. ― AFP

These were the details of the news Flight bans should not stop Belarusians fleeing, says opposition leader for this day. We hope that we have succeeded by giving you the full details and information. To follow all our news, you can subscribe to the alerts system or to one of our different systems to provide you with all that is new.