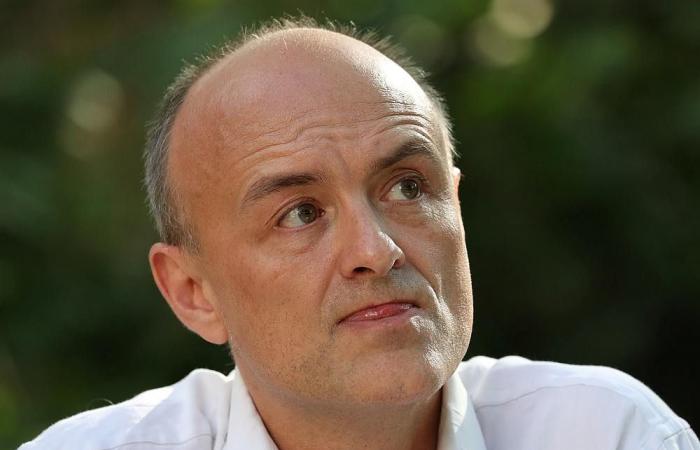 Hello and welcome to the details of UK’s Johnson failed ‘disastrously’ in Covid-19 crisis, ex-chief adviser says and now with the details

LONDON, May 26 — British Prime Minister Boris Johnson’s former chief adviser said his ex-boss failed in the Covid-19 crisis and ministers fell “disastrously short” of the standards the public had a right to expect during the most devastating global pandemic in decades.

With almost 128,000 deaths, the United Kingdom has the world’s fifth worst official Covid-19 toll, and Johnson was slow to appreciate the significance of the threat from the virus in early 2020 as it spread from China towards Britain’s shores.

Dominic Cummings, the strategist behind the 2016 Brexit campaign and Johnson’s landslide election win in 2019, told lawmakers that the British government and Johnson’s Downing Street office was far to slow to spot the crisis.

The West, he said, failed to see the brewing crisis and that Johnson in early 2020 considered Covid a “scare story” like swine flu while many senior ministers, including the prime minister, were on holiday in February 2020, some skiing.

Such was Johnson’s skepticism that he even told officials he was considering getting the government’s chief medical advisor Chris Whitty to give him an injection of the novel coronavirus on live television to reassure the public, Cummings said.

“The prime minister regarded this as just a scare story,” Cummings said, adding the view of officials was Johnson’s attitude was “don’t worry about it and I’m going to get Chris Whitty to inject me live on TV with coronavirus”.

“When the public needed us most, the government failed,” Cummings told lawmakers. “The truth is that senior ministers, senior officials, senior advisers like me, fell disastrously short of the standards that the public has a right to expect of its government in a crisis like this.”

Cummings, who left government after falling out with Johnson in late 2020, apologised to the families of the dead for his own mistakes and the mistakes of the British government.

Cummings, played by Benedict Cumberbatch in the film Brexit: The Uncivil War, casts the British state as an outdated system run by incompetent amateurs who are resistant to any innovation that would bring them closer to the modern world.

British officials, he said, failed to learn the early Covid lessons from Asia, were resistant to new ideas from young scientists, overly secretive, overly bureaucratic and lacked any real scrutiny from a compliant domestic media.

Ahead of Cummings’ appearance, Transport Secretary Grant Shapps said people would not be interested in the “tittle tattle” at the heart of British power in Westminster.

“I will leave others to judge how reliable a witness that former adviser happens to be,” Shapps told BBC TV.

Asked about Cummings’ criticism, Johnson’s spokesman said on Tuesday: “At all times we have been guided by the data and the latest evidence we had.”

In a series of investigations, Reuters has reported how the British government made several errors: it was slow to spot the infections arriving, it was late with a lockdown and it continued to discharge infected hospital patients into care homes.

The government’s chief scientific adviser, Patrick Vallance, said in March 2020 that 20,000 deaths would be a good outcome. Soon after, a worst-case scenario prepared by government scientific advisers put the possible death toll at 50,000. The toll is now close to 128,000.

Johnson has admitted that mistakes were made and that lessons need to be learned, but his ministers say they were working at pace in the biggest public health crisis in a century.

Johnson has pointed to Britain’s vaccination programme as a success that will allow the economy to rebound before its peers.

Britain has the world’s fifth fastest vaccination programme, based on shots per 100 people, behind the United Arab Emirates, Israel, Bahrain and Chile. — Reuters

These were the details of the news UK’s Johnson failed ‘disastrously’ in Covid-19 crisis, ex-chief adviser says for this day. We hope that we have succeeded by giving you the full details and information. To follow all our news, you can subscribe to the alerts system or to one of our different systems to provide you with all that is new.