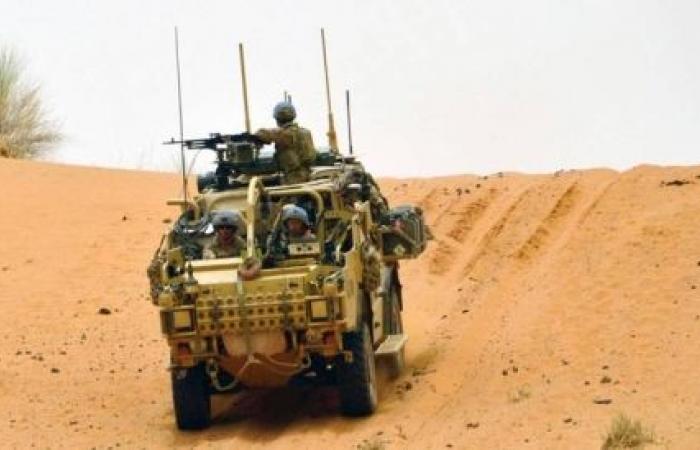 Hind Al Soulia - Riyadh - BAMAKO — A young soldier from the United Kingdom says he must stay on his “A-game” on patrol with the United Nations peacekeeping mission in Mali, to keep himself, colleagues and Malians safe in one of the most dangerous UN postings anywhere in the world.

Trooper Jack Drake, who just celebrated his 25th birthday on tour, is a part of a 300-strong British reconnaissance contingent, which arrived in the West African country in December 2020.

Its role in the mission known as known as MINUSMA is to gather information about local conditions and protect civilians in trouble spots around its base in Gao in northeastern Mali.

Trooper Drake spoke to UN News ahead of the International Day of United Nations Peacekeepers, which is marked annually on May 29.

“I’m a driver for a reconnaissance troop within the UK contingent of MINUSMA. My job is to drive and maintain my 4WD, on- and off-road vehicle, a Jackal 2, when we are on base and on patrol, and call in mechanics when necessary. One of the things I like most about my job is being hands-on with the vehicles.

The terrain and climate is tough and quite bleak, especially now in the dry season, when it’s very sandy, so I really have to focus on picking the best route for the vehicle and knowing when to put my foot down to avoid getting stuck. I’ve really had to adapt and learn new skills to drive in this environment, which is exciting for me on a personal and professional level.

Gao is a challenging place to work. During the day temperatures can reach 51°C (124°F), so it’s extremely hot and unlike anything I have experienced before. On patrol, we are drinking 14 liters of water each day.

In February, we went on a 28-day patrol, the longest ever undertaken by MINUSMA, reaching villages in really remote places. Mali is a dangerous place right now, so I really have to be on my A-game on patrol. It’s important to recognize any threats and stay switched on the whole time. You rely on the other members of your crew to stay safe.

I was very wary when I first arrived in the country, but now I am better at reading the atmospherics of a situation, for example, understanding how local people are feeling when we arrive in a village.

Understanding the human terrain is as important as understanding the physical terrain in reconnaissance work, so that is a new skill I have learnt. We call this situational awareness, which is crucial as it helps MINUSMA respond to threats against the civilians.

Bringing a sense of security

Patrolling remote areas brings a sense of security to people living there and helps to reduce criminality like theft. I have been on foot patrol in local village markets where thousands of people are buying and selling the things they need to survive, which is an incredible experience.

There is an endless stream of people arriving; their motorbikes and donkey carts packed high with sacks of rice, millet and tea. The steady hum of chatter is interspersed with the bleating of goats and the cries of young children strapped to their mother’s back. The aroma of spices fills the air, coupled with smell of livestock and freshly caught fish.

It feels good to be able to contribute to keeping people safer. Because of our presence, they can sleep better at night knowing their crops won’t be taken or their animals stolen. Although Mali is dangerous, we are well trained and well prepared; we are good at what we do, so any armed elements would be wary of targeting us.

This is the first time I have served overseas, and I was expecting a level of poverty in Mali, but it was an eye-opener to see how widespread it is here. We come across a lot of kids without shoes, so one day my colleague bought a pair of flip-flops for a young boy and he was so appreciative.

I think as peacekeeper in my 20s, young Malians feel more comfortable with me than they might with an older soldier; I guess they feel as though I am a little less different from them, than older colleagues. We sometimes play football with local youth which they really like; you can see their faces light up, so it definitely makes them happy.

Overall, it’s a really unique experience being here and one which my friends back home in the north of England are quite jealous of. You can see the difference you make as a UN peacekeeper and that is a rewarding feeling”. — UN News

These were the details of the news British UN peacekeeper stays on ‘A-game’ to keep Malians safe for this day. We hope that we have succeeded by giving you the full details and information. To follow all our news, you can subscribe to the alerts system or to one of our different systems to provide you with all that is new.