Japan opens mass vaccination sites for elderly ahead of Olympics 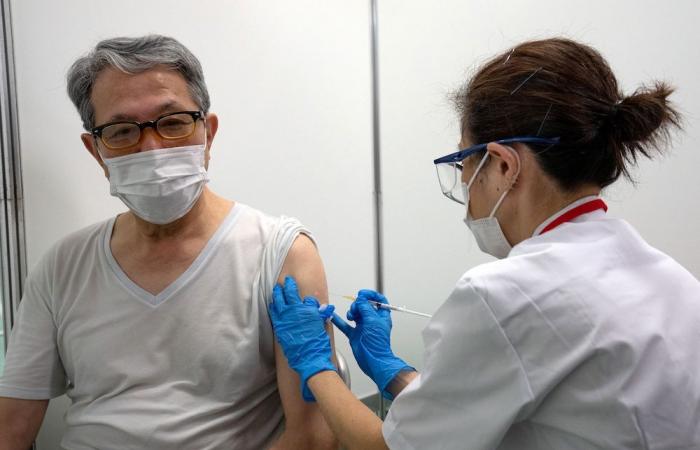 TOKYO, May 24 — Japan opened two mass inoculation centres on Monday as the country races to vaccinate most of its elderly population against Covid-19 before the start of the Tokyo Olympics.

The centres in Tokyo and Osaka will vaccinate thousands of people every day, giving a boost to Japan’s sluggish inoculation drive as officials battle a fourth wave of infections.

“It’s better to get it early,” said Tetsuya Urano, 66, a central Tokyo resident who was among the first to be vaccinated at the Tokyo centre. “It went pretty smoothly all in all.”

Housed in a building normally used for tax administration, the Tokyo facility will operate 12 hours a day to dispense shots to some 10,000 people daily for the next three months. The site in Osaka, Japan’s western metropolis, will build up to about 5,000 shots a day.

Mass vaccination facilities are also planned for Nagoya, Kobe and other major cities.

Prime Minister Yoshihide Suga charged the Defence Ministry last month with setting up the centres to speed up the country’s vaccination programme.

The fourth wave of infections has led authorities to make state of emergency declarations covering much of the country, including Tokyo, raising some concerns about the decision to press ahead with the Olympic Games due to begin on July 23.

The states of emergency are due to end on May 31, but the government is planning to extend them to June 20, the Yomiuri newspaper reported.

Just 4.4 per cent of Japan’s population of 125 million have received at least one vaccine dose, according to Reuters’ global tracker, the slowest rate among the world’s larger, rich countries.

Japan began its inoculation push in mid-February, later than most major economies. The campaign was slowed initially by scant supplies of imported doses of Pfizer Inc and BioNTech SE vaccines. But even as shipments increased the rollout has been hampered by manpower shortages, logistical hurdles and malfunctions in the reservation system.

The mass vaccination centres for the elderly will use Moderna Inc’s vaccine, which was approved on Friday. — Reuters

These were the details of the news Japan opens mass vaccination sites for elderly ahead of Olympics for this day. We hope that we have succeeded by giving you the full details and information. To follow all our news, you can subscribe to the alerts system or to one of our different systems to provide you with all that is new.