Chronology of recent deadly violence between Israel and Palestinians 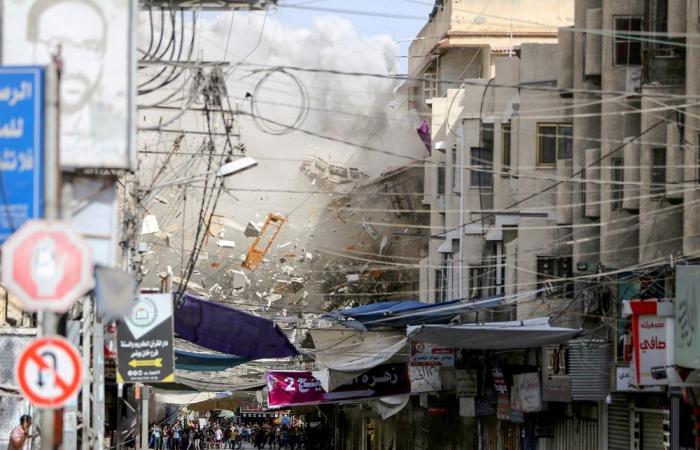 JERUSALEM, May 22 — Israel and Palestinians in Gaza announced a truce on Thursday aimed at ending their worst conflict in years, which saw Israeli jets pound the Gaza Strip while Palestinians there fired thousands of rockets into the Jewish state.

Here is a recap of events since heavy exchanges of fire began on May 10.

On the evening of May 10, Gaza’s Islamist rulers Hamas launch volleys of rockets towards Israel in “solidarity” with Palestinians in annexed east Jerusalem.

Israel responds with deadly strikes on the Palestinian enclave.

This follows days of clashes between Palestinians and Israeli security forces in east Jerusalem, sparked by a years-long bid by Jewish settlers to take over Arab homes and by protests culminating in Israeli forces storming the flashpoint Al-Aqsa mosque compound.

The next day, Hamas rains rockets down on Tel Aviv after an Israeli air strike destroys a Gaza City tower block where senior Hamas officials are said to have offices.

The next day unrest flares in mixed Jewish-Arab Israeli towns.

Israel declares a state of emergency in Lod, near Tel Aviv, after police report rioting following the death of an Arab Israeli.

More than 400 people, Jews and Arabs, are arrested.

On May 12, Russia calls for an emergency meeting of the Middle East Quartet — the European Union, Russia, the United States and the United Nations.

The next day Israel masses armoured vehicles and troops along Gaza’s border.

On May 15, an Israeli air strike on a building in Gaza’s Shati refugee camp kills 10 members of an extended family.

Demonstrations across the occupied West Bank lead to clashes with the Israeli army, leaving 11 dead on May 14 alone, according to Palestinian sources.

On May 16, Israel says strikes destroyed the home of Hamas’ political leader in Gaza. Medics say raids across the territory left at least 42 dead, the highest daily death toll.

UN chief Antonio Guterres appeals for an end to the “utterly appalling” violence.

On the 17th, Islamic Jihad, the second biggest armed group in Gaza, says one of its commanders has been killed in an Israeli strike.

The US, for the third time in a week, blocks a joint UN Security Council statement calling for a halt to the violence and for the protection of civilians.

With diplomatic pressure building on Israel, it agrees to open a crossing Tuesday to allow aid into Gaza. But an international convoy is quickly stopped after a reported mortar attack in the area.

Violence erupts again in east Jerusalem and across the West Bank after Palestinian president Mahmud Abbas’s Fatah movement calls for a “day of anger”.

Four Palestinians are shot dead in clashes with the Israeli army, bringing the death toll in the territory to 24 since May 10. Another 150 are injured, the Red Crescent says, 35 with bullet wounds.

The Gaza health ministry says at least 248 Palestinians in the crowded coastal enclave have been killed, including 66 children.

Israel’s army says some 4,000 rockets have now been fired from Gaza, killing 12 people, including two children, and injuring 333.

On Tuesday, France’s President Emmanuel Macron meets his Egyptian counterpart Abdel Fattah al-Sisi and Jordan’s King Abdullah II to push for a truce — turning the screw on the US to act.

An Israeli military source says Wednesday that they are “looking at when is the right moment for a ceasefire”.

After Israeli Prime Minister Benjamin Netanyahu talks tough — saying “you can either conquer” Hamas, Gaza’s Islamist rulers, “or deter them” — Biden tells him in a phone call that he expects “a significant de-escalation today on the path to a ceasefire”.

On Thursday evening, Netanyahu’s office announces that the security cabinet has accepted “an Egyptian initiative for an unconditional... ceasefire.”

Hamas and Islamic Jihad confirm the ceasefire in a statement, saying it will come into force at 2.00am Friday (2300 GMT).  — AFP

These were the details of the news Chronology of recent deadly violence between Israel and Palestinians for this day. We hope that we have succeeded by giving you the full details and information. To follow all our news, you can subscribe to the alerts system or to one of our different systems to provide you with all that is new.