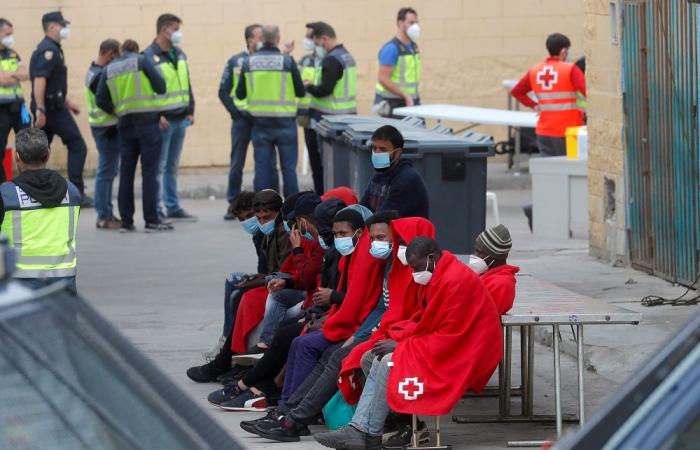 MADRID, May 22 — Morocco’s ambassador to Madrid warned yesterday if Spain allows the leader of the Western Sahara independence movement to leave Spain without informing Rabat it will worsen the diplomatic crisis between Morocco and Spain.

Brahim Ghali has been treated at a Spanish hospital since April after being diagnosed with Covid-19, a move which angered Morocco and led to Rabat relaxing border controls which allowed thousands of migrants to enter Spain’s North African enclave of Ceuta on Monday.

Moroccan ambassador Karima Benyaich told the Spanish news agency EFE in Rabat that if Madrid allowed Ghali to leave Spain without informing Morocco, as was the case when he came to Spain, “it would opt for the stagnation and worsening of bilateral relations”.

Earlier, the Spanish interior minister said he hoped a diplomatic spat with Morocco over the influx of illegal migrants into Ceuta would soon end.

Spain has said Ghali was admitted as a Covid-19 patient to a Spanish hospital last month under an assumed name and an Algerian diplomatic passport for humanitarian reasons.

“There was a disagreement (with Morocco) and we hope this disagreement will be as short-lived as possible,” Interior Minister Fernando Grande-Marlaska told radio station COPE.

“It is inconceivable that a humanitarian gesture should trigger a situation like the crisis in Ceuta.”

Ghali’s Algeria-backed Polisario Front is fighting for the independence of Western Sahara, a territory once held by Spain and under Moroccan control since the 1970s.

Ceuta was quiet yesterday as authorities kept sending back migrants who had broken into the enclave. More than 6,500 migrants have now been returned to Morocco out of some 8,000 who swam to Ceuta on Monday and Tuesday, Grande-Marlaska said.

Morocco’s minister of state for human rights, Mustafa Ramid, accused Spain on Thursday of committing a “reckless and totally unacceptable act” in admitting Ghali without consulting Rabat. He said Morocco had “the right to lean back” in response.

In Spain’s other North African enclave, Melilla, located about 300 km east of Ceuta, some 70 migrants crossed over yesterday, scaling the high, razor-wired fence that separates it from Morocco, authorities said.

The European Union has expressed solidarity with Spain over the crisis. — Reuters

These were the details of the news Spain hopes for swift end to spat with Morocco as more migrants sent back for this day. We hope that we have succeeded by giving you the full details and information. To follow all our news, you can subscribe to the alerts system or to one of our different systems to provide you with all that is new.

NEXT Pregnant women urged to get vaccinated as Delta variant spreads