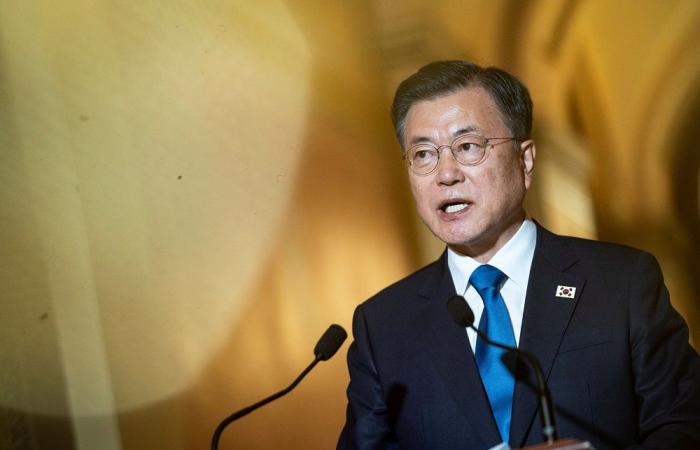 WASHINGTON, May 21 ― South Korean President Moon Jae-in today will become the second world leader welcomed by President Joe Biden at the White House, and the second from Asia, a sign of the importance Washington attaches to the region as it seeks to counter China's influence.

As well as the perennial North Korea nuclear issue, the allies will discuss regional security more broadly, cooperation in high-tech industries such as microchips, efforts to contain the coronavirus pandemic and ways to strengthen action on climate change.

Moon, under pressure at home over his pandemic response, will be hoping to secure an agreement with Washington for stop-gap supplies of Covid-19 vaccines, while the Biden administration is looking for enhanced climate commitments from Seoul.

Washington would also like to see a forthright statement from Moon on China's ever more assertive behavior in the region. Last month, when Japanese Prime Minister Yoshihide Suga visited, Biden sought to present a united front towards Beijing.

Seoul has been cautious for fear of angering China, its top trade partner, and in a visit to Capitol Hill today, Moon stressed the importance of a stable Washington-Beijing relationship and noted China's importance in connection with Korean Peninsula affairs.

The two leaders will have talks and then hold a joint news conference at 5pm (2100 GMT).

Moon approached his Washington visit hoping it would provide fresh impetus to his dream of building peace with North Korea, but US officials, while saying that North Korea will be a major part of the discussions, have played down the prospect of a dramatic fresh initiative.

South Korean officials were heartened by Biden's North Korea policy review, which called for a focus on practical diplomatic steps to reduce tensions while maintaining a final goal of persuading Pyongyang to give up its nuclear weapons.

But the pandemic, economic and political challenges, and crises elsewhere have shifted the North Korea issue towards a rear burner, complicating Moon's hopes of cementing a peacemaker legacy before leaving office next year.

A senior Biden administration official said Moon, who was accompanied by CEOs bringing investments in technology and batteries, high-tech semiconductors, issues associated with 5G and new-age logic chips, all areas where Washington is seeking to work with allies to boost competitiveness against China.

Moon is looking to secure more and faster deliveries of US-made vaccines to cover for supplies that will not be secured until the second half of the year. He has promised to secure a vaccine partnership at the summit by harnessing South Korea's biotech production capacity.

The White House has said Moon and Biden will discuss how the United States can support Seoul's fight against Covid-19 and ways to jointly boost global vaccine production. But unanswered is whether South Korea will be a beneficiary when the United States starts shipping the tens of millions of vaccine doses it has promised to distribute worldwide.

And South Korea's Samsung Electronics Co Ltd could begin construction of a planned US$17 billion (RM70.4 billion) US chip plant in the third quarter of this year, a South Korean newspaper reported on Monday.

South Korea has set a target of reducing carbon emissions by 24.4 per cent from the 2017 level by 2030 as part of its commitment under the Paris Agreement, but White House global climate policy official John Kerry has been pushing Seoul to double the target.

A senior administration official said Washington was working with allies like South Korea on shared enhanced commitments and ambitions for 2030 and that there would be more to say about that today. ― Reuters

These were the details of the news South Korea's Moon to be second leader and second Asian welcomed by Biden for this day. We hope that we have succeeded by giving you the full details and information. To follow all our news, you can subscribe to the alerts system or to one of our different systems to provide you with all that is new.