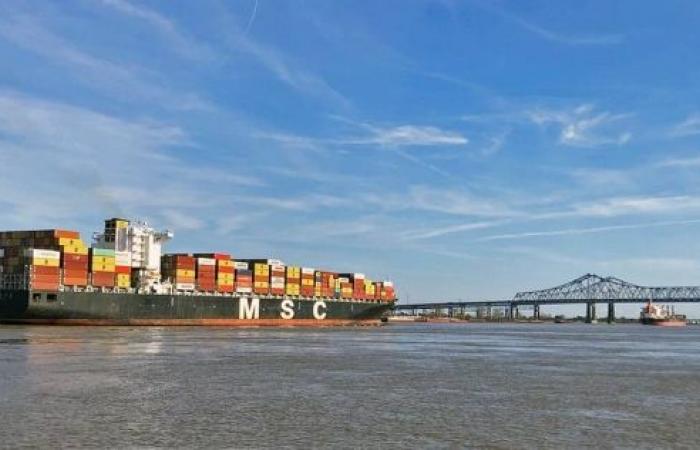 We show you our most important and recent visitors news details Global trade soars in first quarter, but services still in doldrums in the following article

Hind Al Soulia - Riyadh - GENEVA — Global trade bounced back to a record high early this year, although service industries are still a shadow of their pre-pandemic selves, UN economists UNCTAD said on Tuesday.

According to new data from UNCTAD, the value of goods trade surpassed pre-pandemic levels during the first quarter of 2021, up 10 per cent year-on-year.

Exports from East Asian economies have driven this rebound — particularly China, but other developing regions and countries including Russia have seen trade recover more slowly.

This rebound is expected to continue into the second quarter of the year, with the combined value of goods and services reaching $6.6 trillion.

That’s about three percent higher than pre-pandemic levels of 2019, said UNCTAD’s Global Trade Update, which also predicted that the economies of China and the United States of America will likely be the main drivers of global growth in coming months.

This should also have positive effects on countries which trade with the US and China, such as East Asian countries, Canada and Mexico, the UN body said, adding that the COVID-19 crisis is expected to continue disrupting trade in many developing countries “at least throughout 2021”.

UNCTAD cautioned that its positive outlook for 2021 was “largely dependent” on countries continuing to subsidize pandemic restrictions.

“Nevertheless, the fiscal stimulus packages, particularly in developed countries, are expected to strongly support the global trade recovery throughout 2021,” it said.

“Global trade has recorded a faster recovery from the recession caused by the pandemic than in the last two trade recessions,” said UNCTAD economist Alessandro Nicita, who worked on the report.

He said it took four quarters after the start of the pandemic-induced recession for world trade to return to pre-recession levels.

It took 13 quarters for global trade to recover from the 2015 recession, which resulted from structural changes in East Asian economies and declines in commodity prices, and nine quarters to bounce back from the 2009 recession caused by the global financial crisis. — UN News

These were the details of the news Global trade soars in first quarter, but services still in doldrums for this day. We hope that we have succeeded by giving you the full details and information. To follow all our news, you can subscribe to the alerts system or to one of our different systems to provide you with all that is new.