Despite rare appeal video, Texas to carry out first execution of 2021 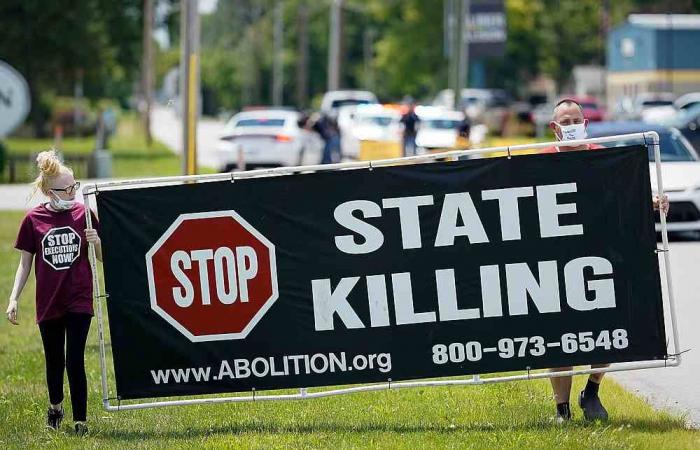 Hello and welcome to the details of Despite rare appeal video, Texas to carry out first execution of 2021 and now with the details

WASHINGTON, May 19  —The US state of Texas plans to execute a convicted murderer Wednesday, despite his unusual efforts to earn clemency through a video message to the governor.

In the four-minute video, recorded in the prison visiting room and posted online by The New York Times, Quintin Jones speaks directly to Governor Greg Abbott, asking the Republican leader to commute his death sentence to life in prison.

But “I am nothing like that person. I became a man on death row,” he said, before speaking directly to the camera: “If you could find it in your heart, Governor, to grant me clemency, then I can continue to live life to better myself.”

Jones’s supporters, who include the sister of his victim and actress Sarah Paulson, started a petition online urging Abbott to grant him clemency.

The petition had more than 160,000 signatures as of this morning.

Abbott, who has only granted clemency to one death row inmate in six years, has not yet responded.

Jones’s lawyers have also filed a final appeal to the US Supreme Court to try to obtain a stay of execution. They argue that he is “intellectually disabled” and is therefore ineligible for the death penalty.

If their efforts fail, Jones will be executed by lethal injection at the penitentiary in Huntsville, Texas at the end of the day.

No executions have been carried out in the United States since President Joe Biden, who opposes capital punishment, assumed office.

Even the most conservative states, such as Texas, have—with rare exceptions—renounced the practice since the start of the pandemic.

In contrast, the administration of former president Donald Trump resumed federal executions in July 2020 following a 17-year hiatus, carrying them out at an unprecedented rate (13 executions) until the end of his term. — AFP

These were the details of the news Despite rare appeal video, Texas to carry out first execution of 2021 for this day. We hope that we have succeeded by giving you the full details and information. To follow all our news, you can subscribe to the alerts system or to one of our different systems to provide you with all that is new.