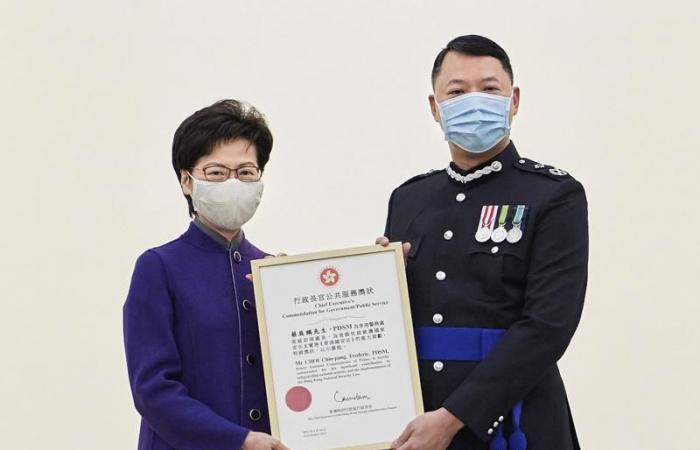 Mohamed Nass - Cairo - HONG KONG (AP) — Hong Kong police said Tuesday there is no evidence the director of its National Security Department, who was caught up in a raid on an unlicensed massage business, was engaging in any immoral or illegal behavior.

The director, Frederic Choi, was placed on leave while being investigated over the March raid, authorities said last week.

Wong, who is from the organized crime and triad bureau, said six women were arrested during the raid and the unlicensed business was a venue for prostitution.

While operating an unlicensed massage business is an offense that can result in up to six months’ imprisonment and a 50,000 Hong Kong dollar ($6,440) fine, patronizing such establishments is not illegal.

Choi remains on leave, and the police force will base any follow-up action on advice from the Department of Justice, Wong said.

Police chief Chris Tang said last week that while the incident would hurt the reputation of the police force, the work of the National Security Department would not be affected because it operates as a team.

The National Security Department was set up after Beijing imposed a new security law last year which came as it tried to silence dissent in the semi-autonomous territory following months of anti-government protests.

Choi, who is also a senior assistant commissioner, joined the city’s police force in 1995. In February, he received an award for contributions to national security from the city’s leader, Carrie Lam.

He was sanctioned by the U.S. earlier this year together with six other national security officers for undermining the autonomy of Hong Kong, a former British colony that was handed over to Beijing in 1997.

Image: In this photo released by Hong Kong Government Information Services, Hong Kong Chief Executive Carrie Lam, left, presents the award to Hong Kong’s Director of National Security Frederic Choi at Government House in recognition of his significant contributions to safeguarding national security in Hong Kong on Feb. 10, 2021. The top Hong Kong national security officer was reportedly caught up in a raid on an unlicensed massage business, and will face a police force investigation into the alleged misconduct. Choi has since been put on leave after the incident, according to Hong Kong police chief Chris Tang. (Hong Kong Government Information Services via AP)

These were the details of the news Hong Kong police say top officer did nothing immoral for this day. We hope that we have succeeded by giving you the full details and information. To follow all our news, you can subscribe to the alerts system or to one of our different systems to provide you with all that is new.