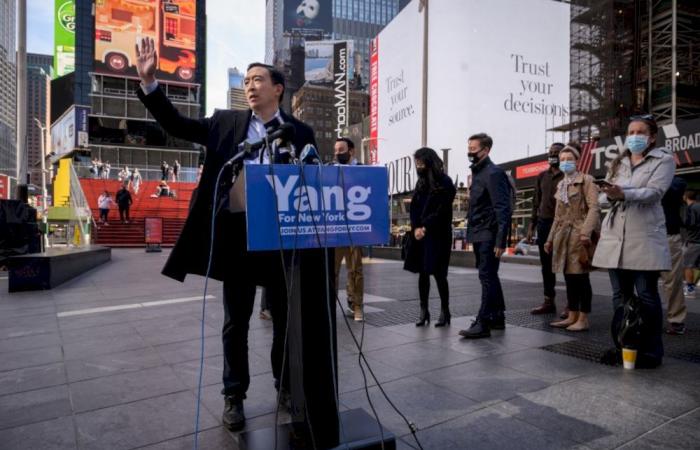 NEW YORK, May 16 — New York, which has long prided itself on being one of the world’s safest cities, is experiencing a surge in crime, with the topic becoming a central theme of a mayoral race set to be decided in June.

Crime was endemic in the Big Apple in the 1970s and 1980s when America’s largest metropolis was gripped by a budgetary crisis, but it has been on a continuous downward trend since the mid-1990s.

However, the picture has deteriorated drastically since last summer. What initially looked like a byproduct of the movement against police violence following George Floyd’s murder and social dislocation caused by the pandemic appears no longer to be the case.

From knife attacks on the subway to a surge in shootings, including in Times Square last weekend, violence is “definitely up,” says John Pfaff, a criminal law professor at Fordham University.

“I see a huge economic uncertainty, a huge emotional stress, you have institutions that are shut down across the board. All these things are going to contribute to violence and then that violence can be somewhat self-perpetuating going forward,” Pfaff added.

New York is gradually beginning to emerge from the coronavirus crisis and unemployment is falling, but crime statistics are far from improving.

The latest figures, released on May 9, showed 505 victims of shootings since the beginning of January, the highest in 10 years. It was up from 275 for the same period in 2020.

Officially, crime in the subway is down 43 per cent, but many experts note that is misleading as ridership plummeted with the pandemic.

A shooting in broad daylight in Times Square on May 8, which injured two women and a child, propelled rising violent crime to the forefront of the mayoral campaign, six weeks before the Democratic primary on June 22.

The primary effectively nominates the winner of the November election due to the unpopularity of Republicans in New York.

And during their first virtual debate on Thursday night, the subject kept coming back like a boomerang.

On Friday, Pat Foye, president of the New York transport authority, increased the pressure, demanding “an immediate injection” of hundreds of police officers at stations, where their presence has already been reinforced in recent weeks.

He even described New York’s outgoing mayor, the left-leaning Democrat Bill de Blasio as “irresponsible,” accusing him of “ignoring the reality” of passengers.

When asked about it on local radio, De Blasio repeated his mantra: crime will drop with the resumption of economic activity, which is taking shape with almost all pandemic-era restrictions about to be lifted.

He accused Foye of “fear-mongering” at the behest of Democratic Governor Andrew Cuomo, who frequently accuses the mayor of inaction on crime.

Republicans are also trying to use the rise in violence to their advantage. Some in the camp, like Fox News anchor Tucker Carlson, present New York as a no-go area, far from the reality on the ground.

Others, especially in Democratic circles, call for perspective.

“Nobody is saying to me, ‘I feel so unsafe”,’” said Susan Kang, professor at John Jay College of Criminal Justice.

“It is a way to shift the political narrative to the issue of police.”

“Even if the crime numbers are growing, the numbers are still quite low,” she added, especially when most US cities have witnessed an increase over the past year.

The movement against police violence has pushed some Democrats to demand a reduction in the budget of the New York police force, which is the largest in the country with around 35,000 officers. They want to see money redirected to underprivileged communities.

Kang regrets that the discussion is now moving towards police deployments being insufficient.

Whatever approach is taken, the situation is “only going to get worse in the next few weeks,” believes Christopher Herrmann, another expert at John Jay.

“The new mayor is going to walk in with this pile of bad news on his desk,” he said. — AFP

These were the details of the news Rising crime takes centre stage in New York mayoral race for this day. We hope that we have succeeded by giving you the full details and information. To follow all our news, you can subscribe to the alerts system or to one of our different systems to provide you with all that is new.