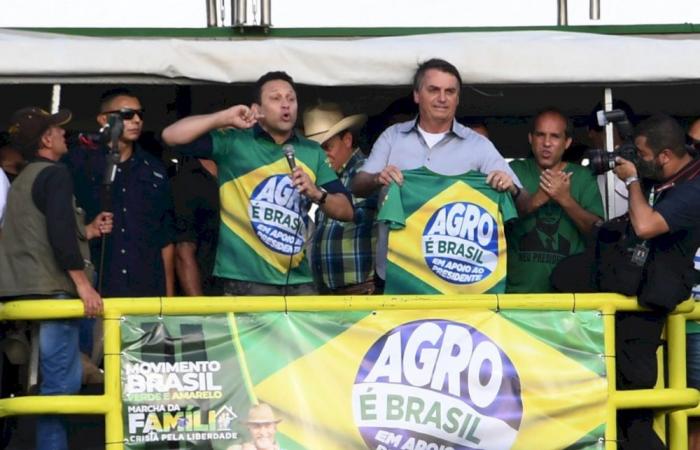 Hello and welcome to the details of On horseback and in helicopter, Bolsonaro rallies base and now with the details

SAO PAULO, May 16 — Far-right Brazilian President Jair Bolsonaro rallied his base yesterday, appearing on horseback and even in a helicopter flyover, as his popularity dips and he faces harsh criticism for his handling of the pandemic which has ravaged his country.

Hundreds of trucks arrived in Brasilia early in the morning after Bolsonaro put out a call for rallies in several cities, which were meant to gather the country’s conservative “soldiers,” including farmers and the religious right.

Brazil, which has recorded more than 430,000 Covid-19 deaths and is notching more than 2,000 more each day, is the second hardest-hit country in the world after the United States.

Unlike America, however, it is facing difficulties in acquiring enough vaccines for its 212 million people.

Bolsonaro, who has called the deadly virus nothing more than a “little flu” and questioned the efficacy of vaccines, has seen his approval rating hit an all-time low of 24 per cent, according to a survey published this week by the respected firm Datafolha.

The survey additionally revealed that 49 per cent of Brazilians favor his impeachment, with 46 against.

‘Support of our president’

“We are here giving support to our president,” said Carine de Souza, a rural producer from Mato Grosso state who was at the rally in Brasilia. “We need support, because agriculture did not come to a halt in the pandemic.”

Bolsonaro flew over the rally in a helicopter and appeared on horseback to greet tens of thousands of followers who assembled on the Esplanade of Ministries.

Thanking farmers and truck drivers, Bolsonaro attacked “some governors and mayors” who have enacted measures to contain the virus.

Similar so-called “Christian Family Freedom Marches” were to be held in nearly every state capital.

The Datafolha survey places former president Luiz Inacio Lula da Silva ahead in the country’s 2022 presidential elections, and comes as the Senate investigates the government’s management of Covid-19 pandemic.

In a short speech Bolsonaro cast doubt on the country’s electronic voting system, which he questions without any evidence of malfunction.

Referring to Lula he said that “if we do not have a (printed) and monitored vote, that scoundrel will win next year’s election by fraud.”

The issue of printed ballots was also central to a small rally in Sao Paulo, where fewer than 100 people gathered on Paulista Avenue dressed in the colors of Brazil’s flag.

“Printed ballots are the guarantee that the people have to ensure democracy,” said Arlette Oliveira, 68, who attended the demonstration holding a poster with the same message.

In other state capitals, small rallies heeded the president’s call.

In addition to printed ballots, protesters focused on a religious agenda and spoke against Brazil’s top court and Congress, institutions that have served as counterweights to Bolsonaro as he has battled governors and mayors who have instituted measures to curb the pandemic. — AFP

These were the details of the news On horseback and in helicopter, Bolsonaro rallies base for this day. We hope that we have succeeded by giving you the full details and information. To follow all our news, you can subscribe to the alerts system or to one of our different systems to provide you with all that is new.