Two mountaineers die on Everest as climbing reopens despite pandemic 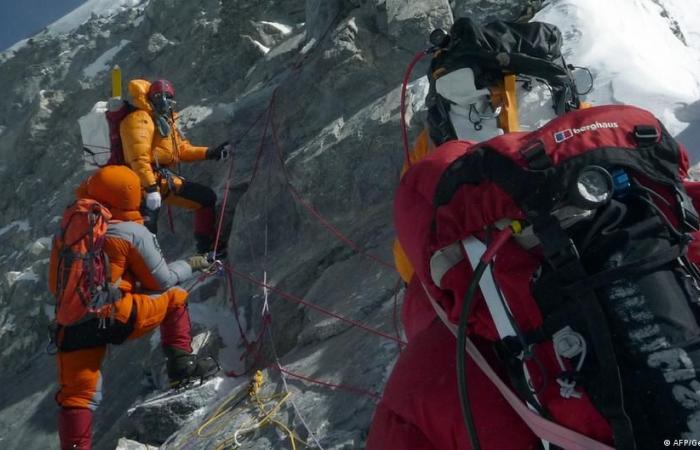 Nepal, whose doctors warn of COVID-19 overload in urban clinics, this season plans to issue 408 seasonal ascent permits for the 8,849-meter (29,032-foot) peak.

Last year, Nepal, a nation of 29 million, had kept the peak and its slopes closed due to the pandemic, despite potential earnings.

Swiss climber, Abdul Waraich, 41, had scaled the summit but died later of exhaustion, said the firm as bad weather closed in.

In recent weeks, Nepalese authorities have been tight-lipped over reports of evacuations of coronavirus-infected climbers from base camps, where negative tests are required, as the nation fights an infection surge, its second since last year.

Notified by its Health Ministry on Wednesday were 168 COVID-19 deaths over the past 24 hours, raising the nation’s toll in the current surge to beyond 4,000.

The Nepal Medical Association the “health system is on the verge of collapse” and cited 1,374 people in intensive care units, some on ventilators.

On Tuesday, 38 climbers ascended Everest, known to Nepalese as Sagarmatha, among them two British mountaineers and 10 Bahrainis, including a prince.

During 2019, 11 people died on Everest’s slopes, with four deaths blamed on overcrowded routes — on Nepal’s southern side and the northern Tibetan approach run by China.

This year, China has only allowed access to Chinese climbers, with state media proclaiming a “separation line” at the peak border to avoid virus-hit Nepal.

More climbers are expected to attempt Everest’s summit once weather conditions improve. May tends to offer climbers the best weather to summit the peak.

These were the details of the news Two mountaineers die on Everest as climbing reopens despite pandemic for this day. We hope that we have succeeded by giving you the full details and information. To follow all our news, you can subscribe to the alerts system or to one of our different systems to provide you with all that is new.