When Biden meets Putin: old foes could cool off but not reset 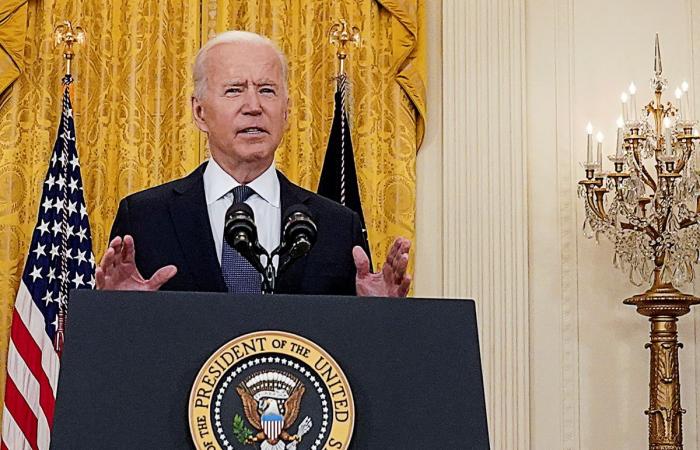 You are now following the details of the When Biden meets Putin: old foes could cool off but not reset news and now we leave you with the details

Mohamed Nass - Cairo - The United States and Russia are lowering expectations for big breakthroughs at a superpower summit between US President Joe Biden and Russian President Vladimir Putin, with the adversaries in no mood to make concessions on their bitter disagreements.

The summit details – location, time and agenda – are still being negotiated by the two sides with the goal of scheduling it in June in a third country, following Biden’s visits to the United Kingdom and Brussels for talks with allies on his first trip abroad since taking office in January.

The White House is wary of describing Biden as seeking a “reset” in relations with Putin and US officials see a face-to-face as an opportunity to rebalance the relationship away from what they see as former President Donald Trump’s fawning overtures to Putin.

“It’s not in our view a reset. It’s an effort to make it less of a central focus, make it more predictable, work together where we agree – and where we disagree, make our points,” a senior White House official told Reuters on condition of anonymity.

“A reset implies this is going to become a single, driving, ‘most important strategic relationship of the presidency’ and I don’t think that’s the message we’re trying to send.”

For the Kremlin, Russian officials see the summit as important to hear from Biden directly after what a source close to the Russian government said were mixed messages from the new US administration.

“The best thing we can hope for now is the status quo, and that things do not get any worse,” said the source.

While the Russian economy is roughly a tenth the size of US gross domestic product and Moscow lags Washington in international clout, trade and alliances, the old Cold War enemy continues to be a major threat to America.

Putin views US pressure on Navalny and its support for pro-democracy activists in Russia and Belarus as tantamount to interfering in Russian domestic affairs. If the United States convinces Europe to abandon the Nord Stream 2 pipeline that will transport energy from Russia, then Moscow would view that as an attack on Russia’s energy industry.

Moscow is also unhappy about a raft of US sanctions aimed at Russian entities and individuals – and Biden’s threat of more – and see Ukraine as having started the crisis that led to a Russian troop buildup this year and fears of an invasion.

“It’s like a managed confrontation,” said Fiona Hill, a Russia expert who served on Trump’s White House National Security Council. “The goal is just to stabilize. It’s not looking for some kind of amazing improvement in the relationship, but it’s just an effort to take down the temperature. I think it’s doable if they are careful and realistic.”

Putin, in power as either president or prime minister since 1999, will be dealing with his fifth US president going back to Bill Clinton. The former KGB agent has proved to be a wily adversary. Most recently, he shrugged off Biden’s description of him as a “killer.”

“Of course Putin is interested in a summit, it is in his interests. But it will be more military men rather than diplomats from the Russian side going as that reflects our current relationship,” the source close to the Russian government said.

Biden long ago lost any illusions that Putin would be a cooperative ally. While serving as President Barack Obama’s vice president, he said in 2014 that during a 2011 meeting with Putin, he looked into his eyes and told him, “I don’t think you have a soul.”

“Joe Biden is a straight shooter and speaks bluntly and clearly,” said long-time former aide Jay Carney. “Unlike former President Trump, Joe Biden does not admire bullies. He thinks bullies are bullies, and it’s a big difference for Putin and Moscow.”

For Biden, the summit will be his initial opportunity to put a personal stamp on the relationship and shape it to fit his own straightforward style.

Last weekend’s hack of the Colonial Pipeline by a shadowy ransomware group called DarkSide – which may be based in Russia – would likely also be a topic of conversation.

A senior administration official said Biden brought up the idea of a summit in a meeting with national security aides in mid-April about the sanctions, telling them it was in US interests to talk face to face.

The official said Biden and his team expect a complex relationship with Russia, one full of strife over many issues.

“I think we’re going into this new period of US-Russian relations with very realistic expectations,” the official said.

What Biden would expect to get out of a summit with Putin – beyond the broad parameters of how to work with each other – has not yet been made clear.

“There’s a lot of work to explain what the true outcome of a summit would be,” said a former senior administration official. “In general, leader-level summits are supposed to have a goal in mind. It’s not clear they’ve articulated the goal yet.”

IMAGE: US President Joe Biden delivers remarks on the US economy in the East Room at the White House in Washington, US, May 10, 2021. REUTERS/Kevin Lamarque

These were the details of the news When Biden meets Putin: old foes could cool off but not reset for this day. We hope that we have succeeded by giving you the full details and information. To follow all our news, you can subscribe to the alerts system or to one of our different systems to provide you with all that is new.