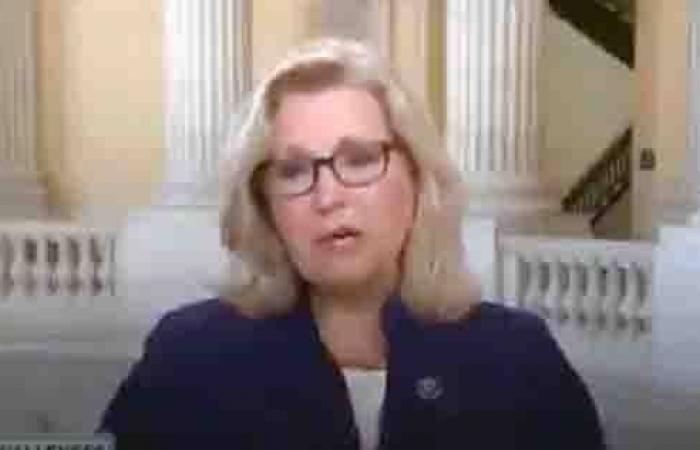 Hind Al Soulia - Riyadh - WASHINGTON — Moments after being demoted by her Republican colleagues, Rep. Liz Cheney vowed to drag her party out of Donald Trump's clutches. Judging by the truth-mocking antics Wednesday of the caucus that turned against her, she has a long, lonely slog ahead.

The Wyoming lawmaker is billing her brave stand against the former President's stolen election lies as the beginning of a new quest to restore the GOP's respect for the rule of law, the Constitution, orthodox conservatism and civility — all of which were crushed by the ex-president.

But it's far from clear that the Republican Party can be saved or that it particularly wants to be, and any evolution away from its new populist, nationalist Trump personality cult may be the work of many years.

Many have tried and all have failed to counter the former reality star's hostile takeover of the party since he descended his golden escalator at Trump Tower in 2015. Some, like former Ohio Gov. John Kasich, saw their presidential ambitions fade. Others, like Arizona's Sen Jeff Flake, were driven out of politics entirely. Some, like Sen. Ted Cruz of Texas, couldn't beat Trump so they joined him.

So Cheney, who will, in the short term at least, get a national platform to try to build a viable anti-Trump Republican movement, has her work cut out. "I intend to be the leader, one of the leaders, in a fight to help to restore our party," Cheney said in an interview that's airing in full on NBC's "Today" show Thursday.

Cheney's decision to sacrifice her career for her principles and in defense of truth will not quickly be forgotten by history.

Yet the events in Washington within hours of the House GOP vote to strip Cheney of her No. 3 House leadership spot — a way station on a route that some experts thought might end in the speaker's chair — showed that her restoration project has launched from unpromising beginnings.

House Republican leader Kevin McCarthy went directly from the meeting that purged Cheney to talks with President Joe Biden and other congressional leaders at the White House. He emerged to utter the kind of bald-faced falsehood that shows that truth is a valueless currency in his party.

"I don't think anybody is questioning the legitimacy of the presidential election," McCarthy told reporters. The comment was a sign that not only has the Californian anchored his caucus to Trump in his quest to win back the House in next year's midterm elections but he's also beginning to behave like him.

The entire move to oust Cheney was based on her refusal to stop pointing out Trump's continued lies about a stolen election. McCarthy himself was among 139 House Republicans who objected to Electoral College counts on the day that Trump's insurrectionist mob invaded the US Capitol. And rarely a day goes by without the ex-president spreading new lies about what happened.

It's not just in Washington that the legitimacy of the 2020 vote is constantly questioned. A sham recount of votes is under way by pro-Trump Republicans in Arizona, despite multiple officials and courts rejecting claims of fraud. And Republican lawmakers all over the country are passing laws that make it harder to vote based on the ex-President's lies that millions of his voters now believe.

Another problem for Cheney and those who want to restore their party is that the former president's deceitful brand of politics has taken over.mTrump may have left Washington, but the stunt politics in which he schooled his Capitol Hill lieutenants is still going strong.

Several members who took part in the meeting that got rid of Cheney put on a display of Trump-style perfidy at a subsequent committee hearing on Wednesday into the sacking of the Capitol that their hero incited on Jan. 6.

"There was no insurrection," said Rep. Andrew Clyde, a Georgia Republican who said the invading mob could have been mistaken for tourists. Another Trump fan, Rep. Paul Gosar of Arizona, said the crowd was full of "peaceful patriots" and another, Georgia's Rep. Jody Hice, suggested outside agitators were to blame for the violence.

While Cheney's warning that Trump represents a threat to US democracy with his continuing lies about a stolen election was a chilling and historic moment, there is little evidence that his voters — who turned out in droves even during a pandemic to his election rallies and thrill at his rhetoric — are preoccupied with preserving US institutions.

And the ascendency of Trump-style Republicans in the caucus like Reps. Lauren Boebert of Colorado and Marjorie Taylor Greene of Georgia show that the appeal of classic establishment conservatives like the daughter of former Vice President Dick Cheney may be limited. "Liz Cheney is the GOP of the past. We are not going back," Boebert tweeted on Wednesday after the vote against Cheney.

There are some slim signs of hope for a new generation of Never Trumpers. An NBC News poll taken at the end of Biden's first 100 days in office found that the ex-president's approval rating may be easing among GOP voters. Some 44% of Republicans said they are more supporters of Trump than of the party. But 50% said they were more supporters of the party than of Trump.

The former President's overall approval rating of just 32% was also a reminder of the damage that promoting Trump could do in a wider electorate. Nevertheless, there's little doubt that if the next presidential primary were starting now, he'd be the favorite.

And if he decides not to run in 2024, the maneuverings of potential candidates like Florida Gov. Ron DeSantis and South Dakota Gov. Kristi Noem suggest that the GOP base will have the luxury of choosing a candidate in his image rather than one pledging to re-create a more traditional notion of conservatism. — CNN

These were the details of the news Cheney's ‘Mission Impossible’ to save the GOP from itself for this day. We hope that we have succeeded by giving you the full details and information. To follow all our news, you can subscribe to the alerts system or to one of our different systems to provide you with all that is new.