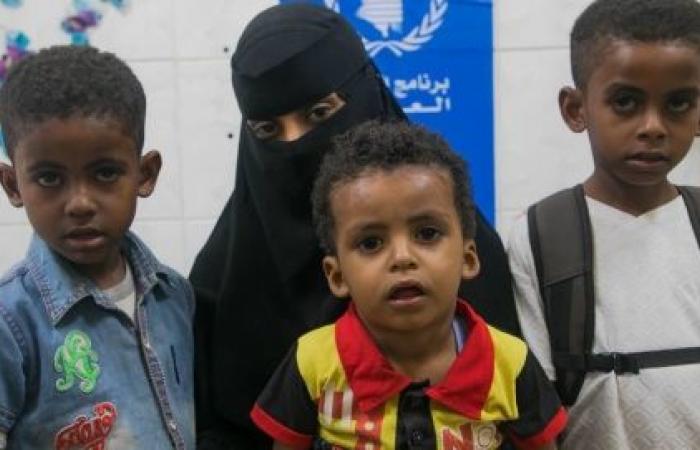 We show you our most important and recent visitors news details More violence ‘last thing Yemen needs’, peace ‘only way’ to resolve crises in the following article

Hind Al Soulia - Riyadh - NEW YORK — Peace is “the only way” to resolve the crisis in Yemen, the UN Humanitarian Coordinator told the Security Council on Wednesday.

Mark Lowcock, who also serves as undersecretary-general for humanitarian affairs, said via videoconference that the war is “ultimately behind the risk of famine, the spread of disease and economic collapse”.

With millions of people on the brink of starvation and COVID-19 sweeping the country, “more violence is the last thing Yemen needs”, he said, calling for a nationwide ceasefire “right now”.

The humanitarian crisis is trapping Yemenis in a “relentless downward spiral,” Lowcock added, pointing to famine “stalking the country”, COVID-19 pushing the healthcare system to collapse, and unabated war “making everything else much worse”.

“I want to be clear that famine, disease and other miseries are not simply ‘happening’ in Yemen”, he said, “the war is imposing them”.

A ceasefire, opening the ports and opening Sana’a airport, would go “a long way towards alleviating people’s suffering”, explained the UN official, adding that these measures could also set the country “on a path towards a more sustainable peace”.

As required under international humanitarian law, he underscored to need to protect civilians while reiterating the importance of humanitarian access.

“Providing a needs-based, principled response across Yemen remains a top priority for agencies and donors alike”, said the Humanitarian Coordinator.

The humanitarian chief emphasized that aid agencies are racing to address the most severe needs across the besieged country, to stop famine, to stop COVID-19, and to help people in conflict areas.

“We are also racing toward a fiscal cliff”, he said, asserting that the UN response plan is only 34 percent funded.

With several key donors having “drastically” cut their financial support, underfunding remains the biggest threat to the world’s largest aid operation, Lowcock said, calling on all donors to increase funding.

Meanwhile, as the economic situation is accelerating the risk of famine, he cited two immediate steps that can help stem the collapse.

Noting that Yemeni rial is still trading near record lows, the relief chief said that it must be strengthened and “a stable, adequate flow of commercial imports through all ports” must be ensured — this is also the long-standing position of the Council.

Marib in the crosshairs

Turning to the Houthi militia's “relentless” and “unjustifiable” military escalation around Marib, in central Yemen, UN Special Envoy Martin Griffiths said that for more than a month, lives have been lost, including those of children and displaced civilians, constantly disrupting peace efforts.

“The longer the Marib offensive goes on, the greater the risks to Yemen’s broader stability and social cohesion”, he warned.

Advocating for an “inclusive negotiated political settlement” to end the conflict, he reminded that military conquest would not decisively end the war, but only fuel further violence and unrest.

The special envoy said a nationwide ceasefire would enable humanitarian relief, children to safely return to school, the opening of roads in many parts of the country, as well as a long-awaited calm for all Yemenis.

“Civilians...suffer the most from the weaponization of the economy”, he said, urging that Sana’a International Airport be opened to commercial traffic, and for fuel and other commodities to be allowed into Yemen through the key Hudaydah ports. “Civilian needs must be prioritized above all else”.

Finally, Mr. Griffiths emphasized the importance of finding a peaceful settlement, saying that over the coming weeks he would work with the parties to stop the fighting, address critical humanitarian issues and resume the political process. I ask the international community to redouble efforts to support this endeavor.

As time is of the essence, he noted a possible face-to-face meeting, hoping that the participants would demonstrate the political will to chart a path forward.

The UN official warned that he “cannot force the parties to negotiate”, saying, “that is their responsibility...their duty to the people of Yemen”. — UN news

These were the details of the news More violence ‘last thing Yemen needs’, peace ‘only way’ to resolve crises for this day. We hope that we have succeeded by giving you the full details and information. To follow all our news, you can subscribe to the alerts system or to one of our different systems to provide you with all that is new.