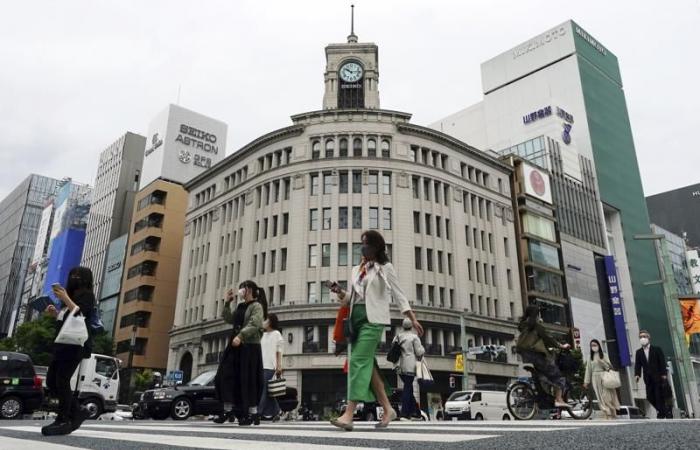 Mohamed Nass - Cairo - TOKYO (AP) — Japan’s governing party is renewing its push for its long-cherished goal of revising the country’s pacifist constitution, saying effective anti-coronavirus measures such as lockdowns aren’t possible without an emergency clause in the charter providing enforcement and the limiting of private rights.

The powerful lower house of parliament, controlled by the governing party, on Tuesday approved revisions to a national referendum law that would lay the groundwork for a possible future vote on a charter revision. Constitutional amendments, however, remain a long shot because the hurdles are extremely high.

The bill, which facilitates voting in a referendum, now goes to the less powerful upper house for expected approval by mid-June.

The U.S.-drafted constitution has never been revised since it took effect in 1947 during the U.S. occupation of Japan after its World War II defeat. Prime Minister Yoshihide Suga’s conservative Liberal Democratic Party has long viewed the constitution as a reminder of Japan’s humiliating defeat and made constitutional revision a key party platform.

The party strengthened its efforts for a revision under Suga’s predecessor, Shinzo Abe, known for his nationalistic historical views and his support for a paternalistic society led by the emperor.

Abe proposed changes to the constitution, which renounces the use of force in settling international disputes, to officially give the country’s Self-Defense Force the status of a full-fledged military, though experts say it isn’t necessary because the SDF is already accepted internationally as the country’s military.

Critics say the amendments proposed by the governing party reflect its view that Japan should be a “normal nation” with a full military, a stronger government and a society in which individual basic rights can be compromised for the national interest in times of emergency.

Abe failed to achieve the amendments during his eight years in office, even when the governing bloc controlled the two-thirds majority in both houses of parliament needed to propose a revision ahead of a national referendum. The party and its coalition partner lost their supermajority in the upper house in 2019.

The governing party, however, has expanded the role of Japan’s military and campaigned for changes to the war-renouncing Article 9 of the constitution, citing security threats from North Korea and China’s increasingly assertive territorial claims in regional seas.

Public opinion in recent polls has been divided over revision of Article 9, one of most contentious issues in the amendment debate. Surveys show many Japanese care more about the economy and jobs.

With the government facing strong criticism of its failure to get the coronavirus under control despite repeated declarations of states of emergency, Suga and governing party lawmakers are insisting they cannot enforce more effective, binding measures because of constitutional limitations.

In a message on Constitution Day on May 3, Suga said passage of the revised referendum bill is “a first step” to constitutional change.

Public interest in emergency preparedness is growing, and having constitutional definitions of the roles of the state and the people in a crisis is crucial, Suga said.

Public support for antivirus measures with more teeth has been growing amid fear of the continuing pandemic. Experts and government officials say emergency measures that were toughened earlier this year to allow authorities to issue binding orders restricting business hours are inadequate because measures aimed at the general public remain non-binding.

These were the details of the news Japan ruling party renews charter change drive amid pandemic for this day. We hope that we have succeeded by giving you the full details and information. To follow all our news, you can subscribe to the alerts system or to one of our different systems to provide you with all that is new.