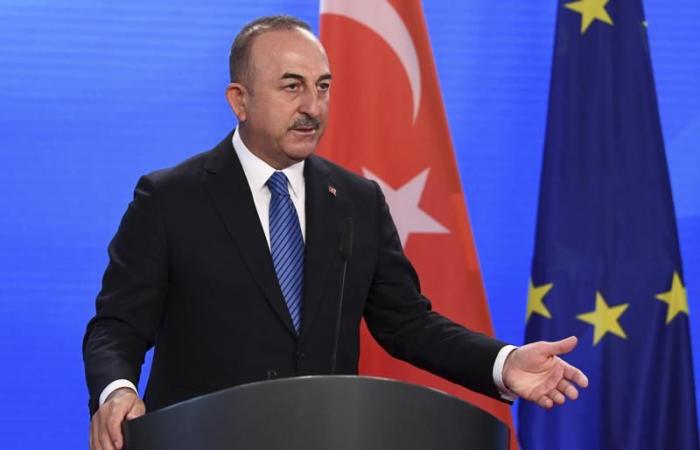 Mohamed Nass - Cairo - ANKARA, Turkey (AP) — Turkey’s top envoy is traveling to Saudi Arabia as Turkey seeks to mend ties with the kingdom that hit an all-time low over the 2018 killing in Istanbul of Saudi journalist Jamal Khashoggi.

The visit is the first by a high-level Turkish official since the killing of Khashoggi by Saudi agents inside the kingdom’s consulate increased tensions between the two regional powers. The killing added to tensions over Turkey’s support for the Muslim Brotherhood, which is viewed by Riyadh as a terrorist group. The two countries have also been at odds over Turkey’s support for Qatar in a dispute among Gulf countries as well as over the conflict in Libya.

Cavusoglu’s visit is also part of a wider effort by Turkey to normalize ties with Arab nations as it finds itself isolated internationally at a time when its economy is faltering.

Last week, a high-level Turkish delegation traveled to Cairo to improve relations with Egypt, which have been strained since the Egyptian military’s 2013 ouster of President Mohammed Morsi, an Islamist who hailed from the Muslim Brotherhood.

Khashoggi was killed on October 2, 2018, after he entered the consulate to get documents that would allow him to marry his Turkish fiancee, who was waiting outside. Turkish officials allege Khashoggi, who had written critically about Saudi Arabia’s crown prince for The Washington Post, was killed by a team of Saudi agents and then dismembered with a bone saw.

The Saudi government admitted to the murder under intense international pressure. Some suspects were later put on trial in Riyadh behind closed doors. Khashoggi’s family subsequently announced they had forgiven his killers.

Turkey repeatedly called for the extradition of the Saudi agents and last year began trying two former aides of Saudi Crown Prince Mohammed bin Salman and other Saudi citizens in absentia in Turkey.

IMAGE: Turkish Foreign Minister Mevlut Cavusoglu gives a statement to the media following a meeting with German Foreign Minister Heiko Maas at the foreign ministry in Berlin, Germany May 6, 2021. (Annegret Hilse/Pool via AP)

These were the details of the news Turkey seeks better Saudi ties despite Khashoggi slaying for this day. We hope that we have succeeded by giving you the full details and information. To follow all our news, you can subscribe to the alerts system or to one of our different systems to provide you with all that is new.