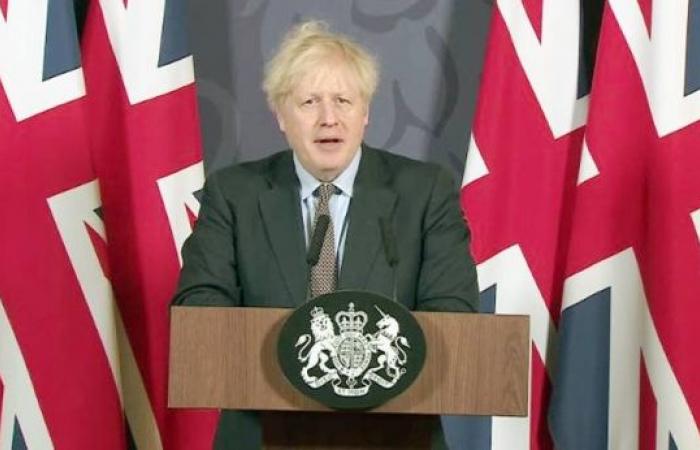 Nicola Sturgeon, leader of the Scottish National Party, said the election results proved that a second independence vote for Scotland was "the will of the country'' and that any London politician who stood in the way would be "picking a fight with the democratic wishes of the Scottish people.''

The United Kingdom is made up of England, Scotland, Wales and Northern Ireland, with devolved governments in the latter three.

Johnson congratulated Sturgeon on her re-election, but said to the leaders of the devolved governments that the UK was “best served when we work together.”

The letter invited the leaders to a summit to “discuss our shared challenges and how we can work together in the coming months and years to overcome them.”

Final results of Thursday's election showed the SNP winning 64 of the 129 seats in the Edinburgh-based Scottish Parliament.

This leaves the SNP short of an overall majority, but the pro-independence camp will cross the line comfortably with Scottish Greens securing eight seats.

Speaking after winning her seat in Glasgow on Friday, Sturgeon said her immediate priority would be to deal with the pandemic and “then when the time is right to offer this country the choice of a better future.”

Scotland has been part of the UK since 1707 and the issue of Scottish independence appeared settled when Scottish voters rejected secession by 55%-45% in a 2014 referendum.

But the UK-wide decision in 2016 to leave the European Union ran against the wishes of most Scots. 62% voted in favor of staying within the bloc while most voters in England and Wales wanted to leave. That gave the Scottish nationalist cause fresh legs.

Johnson says such an independence vote would be illegal because the powers to call it reside with the UK government in London.

On Saturday, Johnson wrote in the Daily Telegraph newspaper that another referendum would be "irresponsible and reckless'' in the "current context'' as Britain emerges from the coronavirus crisis.

When asked about the prospect of Johnson agreeing to a second Scottish referendum, Cabinet Office minister Michael Gove said Sunday "it's not an issue for the moment” and that the national priority is on recovering from the coronavirus pandemic.

The Scotland results have been the main focus of Thursday's local elections across Britain.

In Wales, the opposition Labour Party did better than expected, extending its 22 years at the helm of the Welsh government despite falling one seat short of a majority.

These were the details of the news UK PM calls for crisis talks after pro-independence parties win Scotland election for this day. We hope that we have succeeded by giving you the full details and information. To follow all our news, you can subscribe to the alerts system or to one of our different systems to provide you with all that is new.