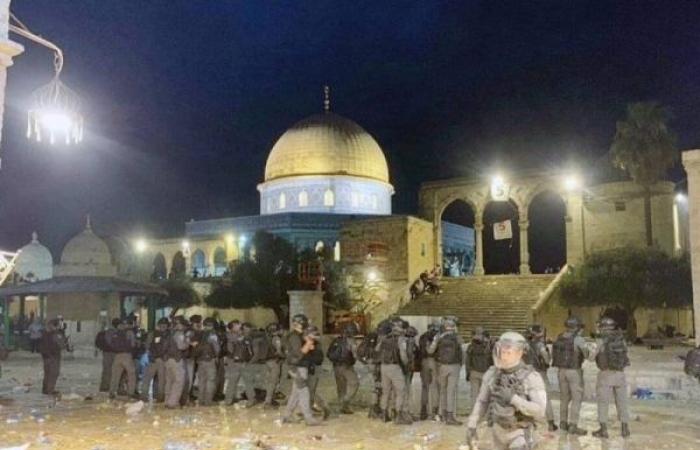 "The European Union calls on the authorities to act urgently to de-escalate the current tensions in Jerusalem. Acts of incitement around the Temple Mount/Haram Al-Sharif must be avoided and the status quo has to be respected," the European External Action Service said in a statement.

The night of unrest is the most serious in a series of deadly confrontations in recent weeks that has coincided with the Muslim holy month of Ramadan.

The Palestinian Red Crescent emergency service said more than 200 Palestinians were wounded in clashes with police there and elsewhere in Jerusalem. Most were wounded in the face and eyes by rubber-coated bullets and shrapnel from stun grenades, according to medics.

Israel said six police officers were wounded. Earlier Friday, Israeli troops shot and killed two Palestinians and wounded a third after the men opened fire on a base belonging to Israel's paramilitary Border Police force in the occupied West Bank.

Tensions have soared in recent weeks in East Jerusalem, which is claimed by both Israel and the Palestinians.

At the beginning of the Muslim holy month of Ramadan, Israel blocked off a popular gathering spot where Palestinians traditionally socialize at the end of their daylong fast. The move set off two weeks of clashes before Israel lifted the restrictions.

But in recent days, clashes have resumed due to Israel's threatened eviction of dozens of Palestinians in the Sheikh Jarrah neighborhood in East Jerusalem, who have been embroiled in a long legal battle with Israeli settlers trying to acquire property in the neighborhood.

The European Union said in its Saturday statement that the potential evictions were of “serious concern," adding that such actions are "illegal under international humanitarian law and only serve to fuel tensions on the ground.

The United States said it was "deeply concerned'' about the heightened tensions and called on all sides to work to de-escalate them. It also expressed concern about the threatened evictions.

"It's critical to avoid unilateral steps that would exacerbate tensions or take us further away from peace. And that would include evictions, settlement activity, and home demolitions,” US State Department spokeswoman Jalina Porter told reporters in Washington.

The Al-Aqsa Mosque compound is the third holiest site in Islam. The site is also the holiest site for Jews, who refer to it as the Temple Mount and revere it as the spot where the biblical Temples stood. It has long been a flashpoint for Israeli-Palestinian violence and was the epicenter of the 2000 Palestinian intifada, or uprising.

Israeli police deployed in large numbers as Muslim worshippers were holding evening prayers at the site. It was unclear what sparked the violence, but videos circulating online showed worshippers throwing chairs, shoes and rocks at police, who fired stun grenades and rubber-coated bullets to disperse them. Smaller clashes broke out elsewhere in Jerusalem.

The Israeli police said protesters hurled stones, fireworks and other objects at them, wounding six officers who required medical treatment. "We will respond with a heavy hand to all violent disturbances, riots and attacks on our forces,” it said in a statement.

Earlier, some 70,000 worshippers had attended the final Friday prayers of Ramadan at Al-Aqsa, the Islamic endowment that oversees the site said. Thousands protested afterwards, waving the green flags of the Islamic militant group Hamas and chanting pro-Hamas slogans.

Israelis and Palestinians are bracing for more violence in the coming days. Sunday night is "Laylat Al-Qadr” or the “Night of Destiny,” the most sacred in the Muslim holy month of Ramadan.

Worshippers will gather for intense nighttime prayers at the Al-Aqsa Mosque compound in Jerusalem's Old City. Sunday night is also the start of Jerusalem Day, a national holiday in which Israel celebrates its annexation of East Jerusalem and religious nationalists hold parades and other celebrations in the city.

On Monday, an Israeli court is expected to issue a verdict on the evictions. — Euronews

These were the details of the news EU urges de-escalation after 200 wounded in Jerusalem clashes for this day. We hope that we have succeeded by giving you the full details and information. To follow all our news, you can subscribe to the alerts system or to one of our different systems to provide you with all that is new. 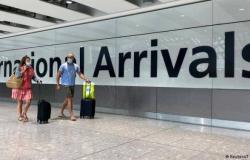