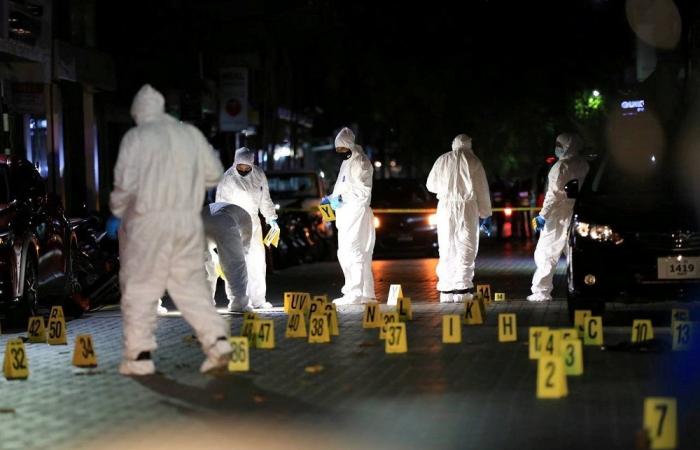 MALÉ (Maldives), May 8 — Former Maldives president Mohamed Nasheed remained in intensive care today as security services stepped up the hunt for the attackers, who allegedly used a remote control bomb on the democracy pioneer and climate activist.

The 53-year-old, who remains the Indian Ocean country’s number two leader, is recovering from 16 hours of surgery to remove shrapnel from his lungs, liver, chest, abdomen and limbs after the attack on Thursday night.

In its first report on the attempted assassination, the Maldivian National Defence Force (MNDF) said a homemade bomb was used.

“The improvised explosive device was triggered using a remote control,” an MNDF official told reporters in the capital Male.

Police say they have identified four suspects seen close to the attack, but no arrests had been made.

The Maldives is expecting Australian Federal Police officers to join the investigation today in addition to two experts from the UN Office on Drugs and Crime.

President Ibrahim Mohamed Solih thanked Nasheed’s medical team and said he prayed for his “quick recovery and return — stronger and steadier than ever”.

Nasheed is a democracy pioneer in the Maldives who ended decades of one-party rule in the archipelago and became its first democratically elected president in 2008.

He is also known internationally as a champion for battling climate change and rising sea levels that he says threaten to submerge the nation of 1,192 tiny coral islands.

Nasheed was barred from contesting a 2018 presidential election because of a terrorism conviction after he was toppled in a military-backed coup in February 2012.

The UN Working Group on Arbitrary Detention has declared the conviction politically motivated.

He returned from exile in Britain, however, and his party won legislative elections in 2019 and he is now parliament speaker, the country’s second most powerful post.

On Thursday, Nasheed was walking to his car when the bomb rigged to a parked motorcycle went off, injuring him and two others.

There has been no claim of responsibility, but his Maldivian Democratic Party (MDP) officials alleged political interests may have been involved.

Nasheed had been vocal on the need to bring to justice some 72 suspects in a US$90 million (RM370.1 million) theft case dating from the tenure of former strongman president Abdulla Yameen. — AFP

These were the details of the news Maldives steps up hunt for suspects after bomb attack on ex-president for this day. We hope that we have succeeded by giving you the full details and information. To follow all our news, you can subscribe to the alerts system or to one of our different systems to provide you with all that is new.