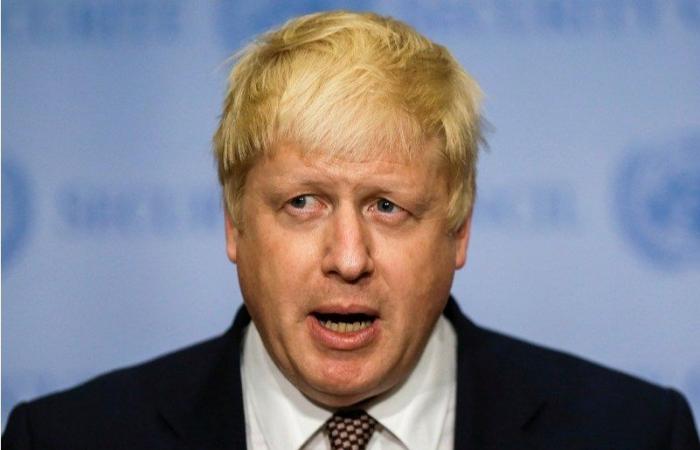 HARTLEPOOL (UK), May 8 — Prime Minister Boris Johnson yesterday welcomed early election results in Britain’s first major vote since Brexit and the pandemic, including a stunning by-election victory for his Conservative party in an opposition Labour stronghold.

The “Super Thursday” local and regional contests could reshape the UK as pro-independence forces in Scotland, where voting for the devolved parliament was also held, bid to break away.

Scotland’s First Minister Nicola Sturgeon won re-election in Glasgow and said she was confident her Scottish National Party (SNP) were on track to win a fourth, consecutive election victory.

“If that’s indeed the outcome of this election, I pledge today to get back to work immediately, to lead this country in recovery from Covid, and then, when the time is right, to offer this country the choice of a better future,” she said.

The SNP’s hopes of securing a majority that Sturgeon says will give her a mandate to demand another referendum received a boost in early counting as her party gained three key seats towards the target.

In early returns in England yesterday, Johnson’s Tories were performing strongly, notably winning by a landslide in the northeast parliamentary seat of Hartlepool, in a bitter blow for Labour and its leader Keir Starmer.

The rust-belt town constituency, which is deep in traditional Labour heartlands and had never voted Conservative since its creation in 1974, saw a 16 per cent swing to the Tories.

The Tory mayor for Tees Valley, also in northeast England, won re-election, also by a landslide, increasing his share of the vote compared to 2017.

“What this election shows is that people want a party and a government that is focused on them, focused on delivering change,” he added on a whistlestop victory tour of Hartlepool.

Newly-elected Tory MP Jill Mortimer called her win “truly historic” and accused Labour of taking its people “for granted for too long”.

The results continue the trend from the last general election in December 2019, when Brexit was the dominant issue and Conservatives grabbed a string of seats across Labour’s so-called “Red Wall” heartlands in northern England.

The vote in strongly pro-Brexit Hartlepool, held alongside local elections across much of the country, came about after its Labour incumbent quit over sexual harassment allegations.

In 2019 — Labour’s worst election results since 1935, under the hard-left leadership of Jeremy Corbyn — around a quarter of Hartlepool’s electorate opted for the upstart Brexit Party.

Now, with Britain’s withdrawal from the European Union complete and that party rebranded, those voters appeared to flock to the Conservatives.

The result will ratchet up the pressure on Starmer, elected leader a year ago promising to rebuild the party and reconnect with traditional voters.

In Hartlepool, a giant inflatable Johnson appeared outside the building where the vote count was taking place. The balloon prime minister, complete with trademark scruffy blond hair, gave two thumbs up.

The outcome suggests Johnson remains popular in former Labour strongholds and has benefited from Britain’s successful vaccine rollout, despite the country also suffering one of the world’s worst Covid-19 death tolls.

Johnson, who has been dogged by scandals in recent weeks, campaigned on his record of finally having “got Brexit done”.

He also touted government economic support during the pandemic and the vaccine drive.

Results of voting for local councils in England, regional mayors including in London, and for the devolved assemblies in Wales and Scotland — expected later yesterday and over the weekend — will give a broader picture of his support.

Tory gains elsewhere across England suggest Starmer faces an increasingly daunting task to unseat Johnson at the next general election due in 2024.

“The structural realignment of party support is clearly going to be the dominant story of the elections in England,” said University of Southampton politics professor Will Jennings.

He noted the “feel-good factor” of the vaccine rollout may have helped maintain the recent shifts towards Conservatives.

But Conservative celebrations could be tempered by events in Scotland, where the SNP is eyeing a pro-independence majority to pressure Johnson to allow another referendum on splitting from the UK.

As the first of 129 seats there declared yesterday afternoon, there were gains for the SNP but tentative signs of some possible tactical voting by pro-union voters in the most competitive constituencies alongside high turnout. — AFP

These were the details of the news Johnson hails Conservatives’ crushing win in UK Labour stronghold for this day. We hope that we have succeeded by giving you the full details and information. To follow all our news, you can subscribe to the alerts system or to one of our different systems to provide you with all that is new.