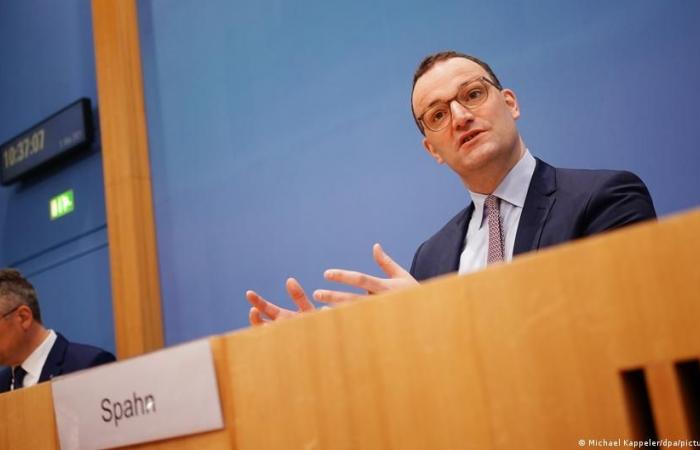 You are now following the details of the Jens Spahn: Germany’s third COVID wave appears to be ‘broken’ news and now we leave you with the details

Mohamed Nass - Cairo - Germany appears to have “broken” its third wave of coronavirus  infections, Health Minister Jens Spahn said Friday, before warning against a premature easing of restrictions aimed at curbing the spread of COVID-19.

“The third wave appears to have broken,” Spahn told a news conference in Berlin. “The infection figures are dropping again, but we are still at a high level. They are not yet falling everywhere at the same rate, but they are falling,” he said.

Germany’s Robert Koch Institute for infectious diseases reported 18,485 new coronavirus infections on Friday, a drop of almost 10,000 cases when compared with the health agency’s figure from two weeks ago.

The incidence rate in Germany is also gradually decreasing. The number of new infections per 100,000 people over the past seven days now stands at 125.7, and it dropped back below the 100-mark where restrictions can be eased in the capital Berlin.

But Spahn warned that a hasty retraction of recently imposed curbs “would only help the virus.”

“In this phase of the pandemic, it is really a matter of not gambling away what has been achieved,” he said.

Germany applied a so-called emergency brake on April 24, enforcing stricter measures nationwide for any areas with a seven-day incidence higher than 100 per 100,000 people.

Some regions are beginning to ease restrictions — such as the late night curfew, and sweeping shutdown and contact restrictions — as they drop back below this threshold.

The Bundesrat upper house of parliament on Friday approved new legislation to lift some restrictions for fully vaccinated people, as well as for those who have previously contracted, and since recovered from, COVID-19.

From Saturday, they would no longer have to abide by curfews or limits on social contacts, even though Berlin’s mayor Michael Müller admitted that it was going to be “difficult to check” that the curbs are lifted only to those who fall under these categories.

After a stuttering start, Germany’s vaccination program has been gathering pace. On April 29 alone, more than 1 million people got vaccinated — and almost a third of the population had received at least one dose as of Friday.

Meanwhile, Germany’s health ministry said on Thursday that it was aiming to offer COVID-19 vaccines to all children aged 12 and over by the end of August, once a shot is approved for younger people by the European Medicines Agency.

These were the details of the news Jens Spahn: Germany’s third COVID wave appears to be ‘broken’ for this day. We hope that we have succeeded by giving you the full details and information. To follow all our news, you can subscribe to the alerts system or to one of our different systems to provide you with all that is new.

PREV How India’s most crowded city beat the odds, and the virus
NEXT Gunmen kill 10 mine-clearing workers in Afghanistan