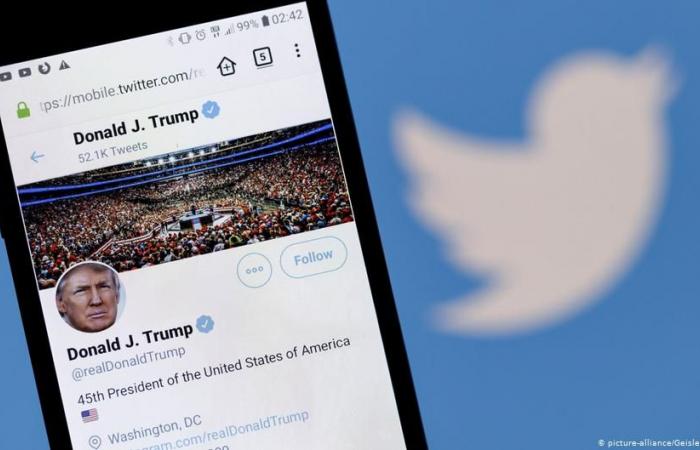 Mohamed Nass - Cairo - Twitter has shut down several accounts that were set up to share statements from Donald Trump’s website. The social media giant said they broke rules against evading the account ban on the former US president.

“As stated in our ban evasion policy, we’ll take enforcement action on accounts whose apparent intent is to replace or promote content affiliated with a suspended account,” a Twitter spokesman said in a statement.

The suspended accounts, which included handles like @DJTDesk, @DJTrumpDesk, @DeskofDJT and @DeskOfTrump1, came up after a new page was added to the former president’s website. Called “From the Desk of Donald J. Trump,” the page held messages that could be shared by his supporters to Twitter and Facebook.

Twitter permanently suspended Trump’s account — which had more than 88 million followers — after he was accused of inciting his supporters to attack the US Capitol on January 6. Months after the presidential election, Trump has been disputing Joe Biden’s victory.

Earlier this week, Facebook’s independent oversight board upheld a ban on the former US president but said the decision should be reviewed in six months.

Trump had repeatedly taken to social media to make statements that were often not backed by proof. After being banned from Twitter and Facebook, he plans to launch his own social media platform, according to an advisor.

These were the details of the news Twitter cracks down on accounts evading Trump ban for this day. We hope that we have succeeded by giving you the full details and information. To follow all our news, you can subscribe to the alerts system or to one of our different systems to provide you with all that is new.