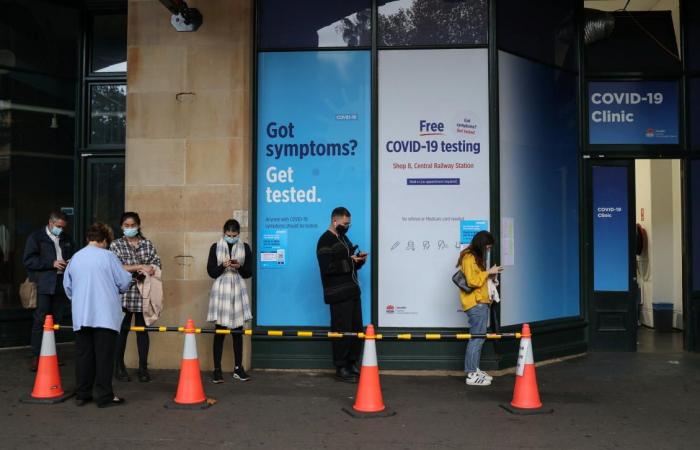 Jeddah - Yasmine El Tohamy - KABUL: Taliban fighters have captured a key district in northern Afghanistan while thousands of civilians have fled their homes in the southern part of the country to escape violent attacks by the group after the withdrawal of US forces from a military base in the area, officials said on Wednesday.

The rugged Burka district in Baghlan, one of the 34 provinces of Afghanistan, fell to the Taliban overnight after the militant group staged an attack on government forces, Javid Basharat, a spokesman for Baghlan’s governor, told Arab News.

“I can confirm that the enemy has captured the Burka district as a result of an encounter. Security and defense forces tactically, without suffering any losses, withdrew and have plans to recapture it,” he added.

The capture of Burka, which links various districts in the region, is being seen as a massive victory for the Taliban after clashes between the group’s fighters and Afghan forces intensified across the country last week after the US began withdrawing its remaining troops from the war-torn country after decades of conflict.

Since then, government forces have unleashed a series of offensives against the Taliban, who in turn have their eye on Lashkar Gah, the capital of Helmand province, where US forces handed over a pivotal base to the Afghan National Army on Sunday.

Officials said thousands of civilians had fled their homes due to clashes in various parts of Helmand.

“Around 1,000 families have been displaced because of the clashes in various districts. Some live in open areas now, others in hotels or with relatives,” Sayed Mohammad Ramin, head of Helmand’s department for displaced refugees and repatriation, told Arab News.

Mohammad Alam, a 49-year-old displaced resident of a village adjacent to Lashkar Gah, said he “only had time to evacuate his four children and disabled wife on Monday evening when the clashes escalated.”

Alam told Arab News: “We had no time even to take our personal belongings. It was heavy fighting, now we are living in a makeshift tent in a relative’s yard.”

In a statement released in Kabul on Wednesday, Fawad Aman, a spokesman for the Defense Ministry, said that more than 100 Taliban fighters had been killed in the clashes near Lashkar Gah, and Afghan forces had “foiled the Taliban’s push for its capture.”

However, Attaullah Afghan, chief of Helmand’s provincial council, told Arab News that the “Taliban had captured several posts from the government during the fighting in Lashkar Gah.”

He added that several civilians had been killed in the fighting without providing an approximate number of lives lost.

One healthcare facility in Helmand, however, said it had admitted 106 wounded residents since May 1, while 13 people had died after succumbing to their injuries.

“These are very difficult days in Lashkar Gah. My colleagues and I, both local and international, are doing everything we can to assist the people there…” Viktor Urosevic, medical coordinator for the Emergency Hospital, said in a statement on Tuesday.

Amid the uptick in violence, some lawmakers have expressed concern about the fall of Lashkar Gah to the Taliban, while others urged Kabul to send reinforcements to the historically volatile province, which once served as the Taliban’s stronghold and is infamous as a key narcotics production hub.

“Helmand, war, displacement, vagrancy, fear. How long this calamity will last?...Will we wake up a day with the announcement of ceasefire from our bed?”, Shahrzad Akbar, head of Afghanistan’s Independent Commission for Human Rights, said in a Twitter post on Tuesday.

“The Taliban, showing no seriousness in participating in the talks and failing to agree to a ceasefire, bear most of the responsibility for the continuation of the current bloody situation in the month of Ramadan,” he added.

With the fate of the US-sponsored peace talks between the Taliban and the Afghan government in limbo, there has been an escalation in violence in recent weeks.

It is expected to spike in the upcoming months as US-led troops prepare to leave Afghanistan by Sept. 11, amid fears of the country descending into another civil war.

By formally ending its most protracted conflict in history, which Washington started in late-2001 by ousting the Taliban from power, the US military began withdrawing the remaining 2,500 troops from Afghanistan on Saturday, based on a directive issued by President Joe Biden last month.

The Taliban has blamed Washington for violating the key condition of the Doha accord, which also pushed Kabul and the Taliban to hold talks and draw a political roadmap for a future government in Afghanistan.

Based on the Doha deal — which also required the Taliban to cut ties with Al-Qaeda and other militants and not use Afghan soil to launch attacks on any other country, including the US — the insurgents had halted attacks on foreign troops, but not on Afghan forces.

Both domestic and foreign diplomats, including those from the US, fear that the troops’ departure from the country could propel the Taliban to return to power by force once again.

According to media reports, US Special Envoy for Afghanistan Zalmay Khalilzad — the chief architect of the Doha deal with the Taliban — spoke with Afghan leaders over the weekend, emphasizing that “there was strong consensus within both the regional and international community against any effort by the Taliban to pursue a military takeover.”

These were the details of the news Australian COVID-19 travel restrictions challenged in court for this day. We hope that we have succeeded by giving you the full details and information. To follow all our news, you can subscribe to the alerts system or to one of our different systems to provide you with all that is new.