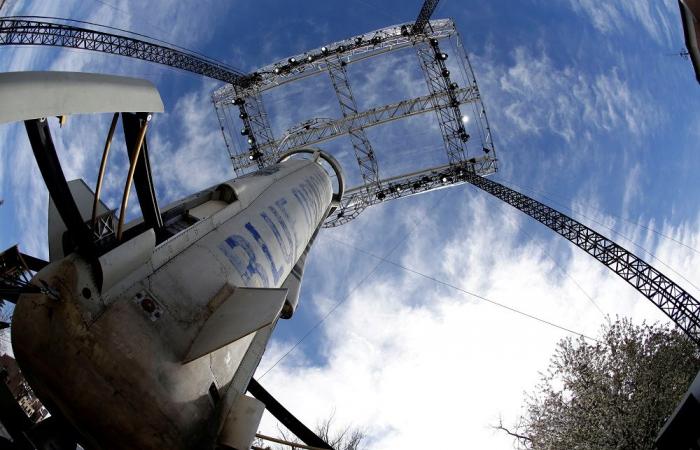 SEATTLE, May 6 ― Blue Origin, billionaire Jeff Bezos' rocket company, said yesterday it is targeting July 20 for its first suborbital sightseeing trip on its New Shepard spacecraft, a landmark moment in a competition to usher in a new era of private commercial space travel.

Blue Origin also said it will offer one seat on the first flight to the winning bidder of a five-week online auction, the proceeds of which will be donated to the space firm's foundation.

The New Shepard rocket-and-capsule combo is designed to autonomously fly six passengers more than 62 miles (100km) above Earth into suborbital space, high enough to experience a few minutes of weightlessness and see the curvature of the planet before the pressurised capsule returns to earth under parachutes.

The capsule features six observation windows Blue Origin says are nearly three times as tall as those on a Boeing 747 jetliner and the largest ever used in space.

After its first flight in July, Cornell said Blue Origin would have “a couple more” crewed flights before the end of the year. She declined to disclose details of the ticket price, which has been a closely guarded secret inside the company for years.

Reuters reported in 2018 that Blue Origin was planning to charge passengers at least US$200,000 (RM823,687) for the ride, based on an appraisal of rival plans from billionaire Richard Branson's Virgin Galactic Holdings Inc and other considerations, though its thinking may have changed.

Yesterday's announcement follows years of testing and development work that has included delays.

Cornell said Blue Origin would “love” to increase the frequency of its tourist spaceflights and add launch locations, possibly outside the United States, depending on demand. For July's flight, the reusable New Shepard booster will launch and land in West Texas.

Celebrities and the uber-rich appear to be the core market for space tourist jaunts, at least initially. Cornell told reporters the most likely candidates would be “very clear on our radar.”

Only 569 people had ever been into space, she said, adding that “we're about to change that dramatically.”

But she declined to say when ― or if ― Bezos, a lifelong space enthusiast and currently the world's richest person, will take a trip on New Shepard.

Virgin Galactic also aims to fly private customers in early 2022, after a first flight with Branson on board later this year.

Its zero-gravity experience is anchored by its SpaceShipTwo plane, and the company has ambitious plans to offer point-to-point travel between far-flung cities at near-space altitudes.

Virgin says it will charge more than US$250,000 for new reservations but has not announced final pricing. Sales will reopen following Branson's flight.

Meanwhile, a college science professor and an aerospace data analyst are among a four-member crew for a launch into orbit planned later this year by Elon Musk's SpaceX, part of a charity drive billed as the first all-civilian spaceflight in history.

Blue Origin has fallen far behind SpaceX on orbital transportation, and lost out to SpaceX and United Launch Alliance (ULA) on billions of dollars' worth of US national security launch contracts which begin in 2022.

But its space tourism announcement provides Bezos, who founded Amazon.com Inc, needed momentum while it protests SpaceX's US$2.9 billion contract under Nasa's high-profile programme to return Americans to the moon in coming years.

Regulatory filings revealed that Bezos sold Amazon shares worth about US$2 billion this week as a part of an arranged trading plan. Bezos, who will step down as CEO in a few months, has been unloading shares of the company he founded and had also said he would sell shares worth US$1 billion to fund Blue Origin projects. ― Reuters

These were the details of the news Blue Origin opens up bidding for first 'spectacular' space tourism trip in July for this day. We hope that we have succeeded by giving you the full details and information. To follow all our news, you can subscribe to the alerts system or to one of our different systems to provide you with all that is new.